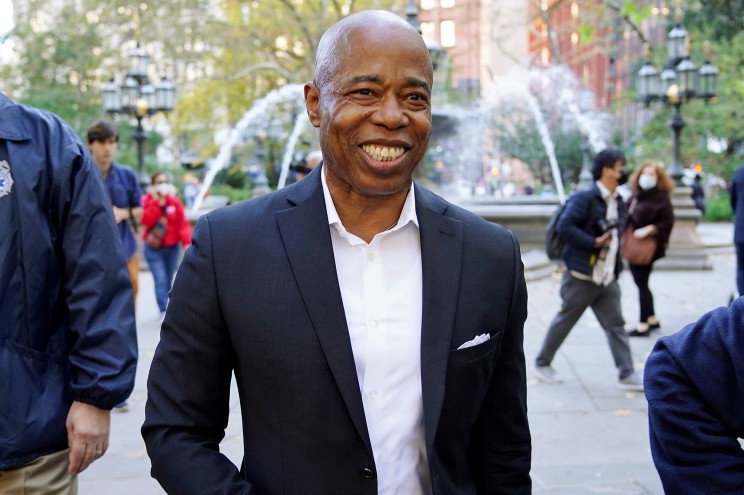 Democratic mayoral nominee Eric Adams brag about his work ethic and deep commitment in front of his supporters in a pre-Election Day rally with labor leaders in a park outside City Hall.

Adams, the outgoing Brooklyn borough president who slept in his office during the pandemic, said New Yorkers aren’t “used to someone committed and dedicated to this city.

“They’re not used to someone committed and dedicated to the city,” Adams said on Monday.

In the rally, Adams also joked about his nightlife habits, including visits to an exclusive members-only club in Soho.

“When I’m up I’m not only at Zero Bond I’m at Ground Zero helping out people,” he said.

Adams has refused to categorically answer if he will extend the vaccine mandate under his term if he wins the NYC mayoral elections.

Adams said he cannot give an answer to that question now since he does not want to add tensions in the city.

“What I don’t want to do is add to the tension already in our city,” Adams said.

“We have one mayor, and it is his responsibility to bring everyone over this finish line. And I am not going to be disruptive to that process before Election Day,” Adams added.

Despite his vaccine mandate stance, Adams called on unvaccinated cops and firefighters Saturday to get the jab and get back to work.

“I would encourage my police, my firefighters — we took an oath,” Adams, a former cop said.

Adams also appealed to all unvaccinated city workers to push their respective unions to reach an agreement with City Hall.