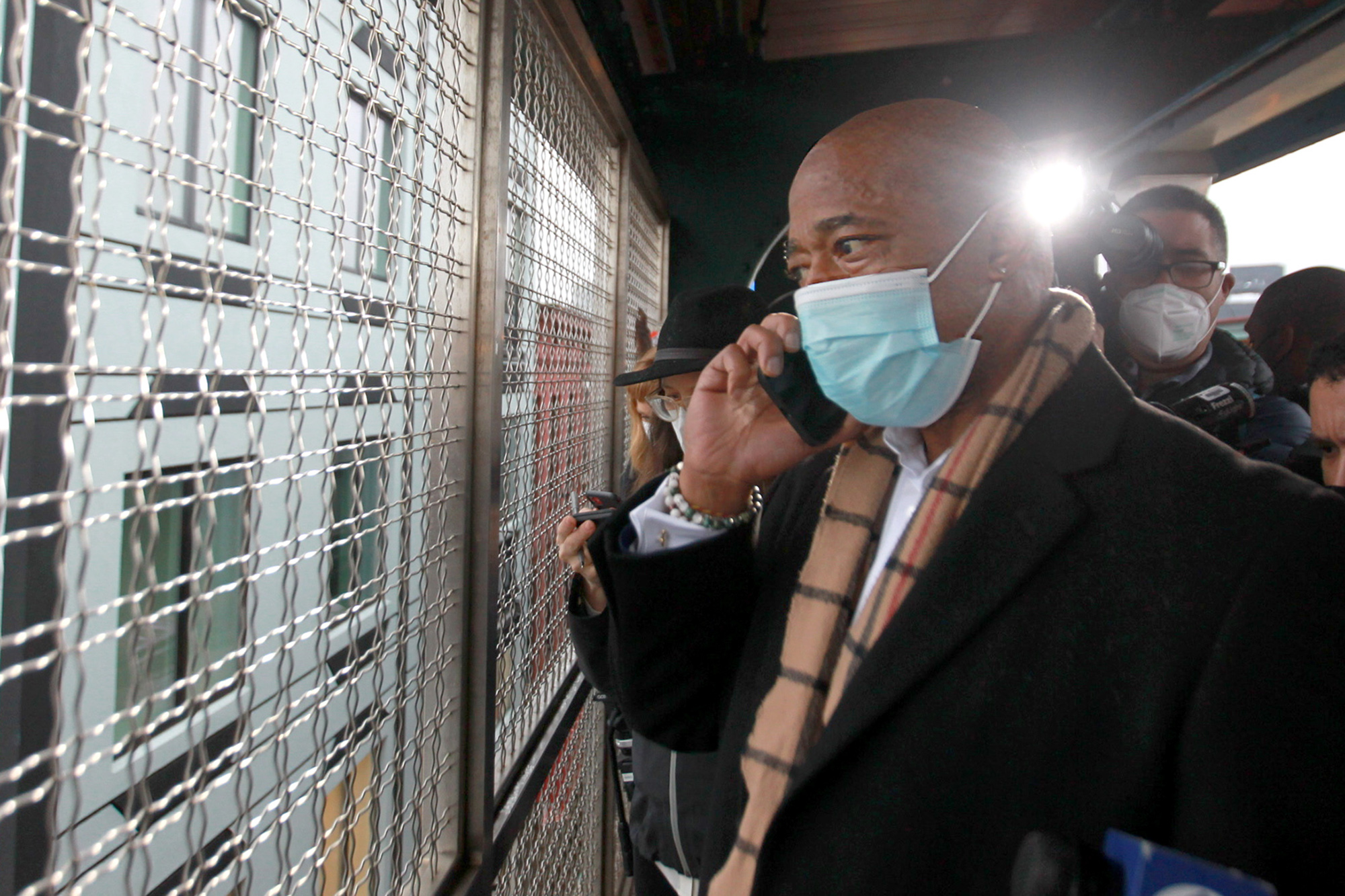 On his first day of office, New York City mayor Eric Adams has gone into a cop mode around 8 a.m. on Saturday.

While standing on the platform of the J train subway station at Kosciuszko Street in Brooklyn, Adams saw three men arguing.

As Adams was calling 911, as predicted punches began to be thrown.

After five minutes, NYPD personnel on-board two police cars arrived at the scene just as the men who were fighting were getting into a car.

Sources said the officers left without questioning anyone.

Adams for his part is not happy with the gesture of the police officers saying they should have “made inquiries” and he planned to make the incident a teachable moment when he addressed officers later Saturday during a scheduled visit at the 107th Precinct in Queens.