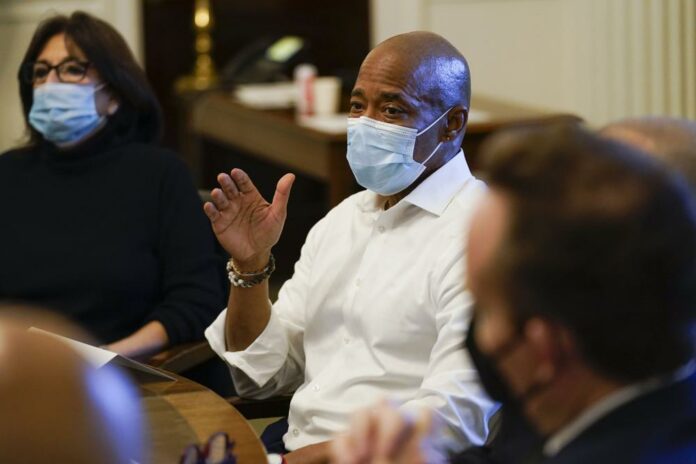 On Thursday, Adams said he’s been working closely with Michel Mulgrew and has been willing to entertain temporary remote learning so long as it was a “quality option.”

Aside from Mulgrew, a coalition of city and state lawmakers have also asked Adams to switch to remote learning for two weeks.

In a letter sent to Adams, the lawmakers explained the switch is needed so that parents and kids have time to get tested.

“We urge you to provide a remote option for about two weeks, until Tuesday, January 18th for parents to test and vaccinate their children to slow down the spread of COVID-19,” the letter states.

“It is difficult for faculty, staff and students to remain focused on studying and teaching as they hope they aren’t exposed to the coronavirus,” the letter added.

Adams has yet to act on the letter but in previous interviews, Adams said that shuttering school buildings would be a detriment to city kids, especially low-income students who rely on schools for a range of services, including meals.