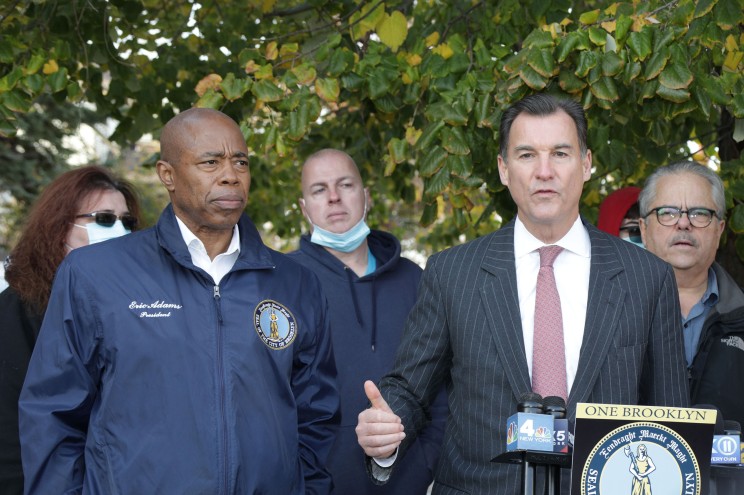 Adams made the revelation on Saturday in an unrelated Queens press conference.

Sources said one of the reasons Adams won is due to the help of Suozzi who endorsed Adams and campaigned heavily for him during the Democratic primary for mayor.

Souzzi for his part is happy with the offer and told reporters that he is seriously considering it.

“I am very flattered that the mayor-elect would like me to help him in a big way to tackle the challenges in New York City,” Suozzi said.

“It’s a testament to our great friendship and his confidence that I know how to help run a big government, get things done and solve problems. Lots to think about over Thanksgiving,” Souzzi added.

If he accepts the offer Souzzi, a former Nassau County executive and mayor of Glen Cove will be earning more since the congressman only earns s $174,000.