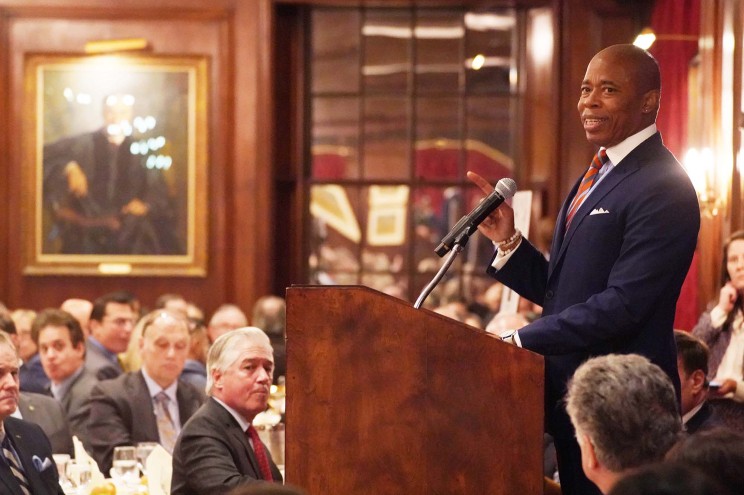 For the second time around, incoming New York City mayor Eric Adams has renewed his call to Black Lives Matter leader Hawk Newsome not to mess with New York.

“We’re not going to surrender to those who are saying, ‘We’re going to burn down New York.’ Not my city,” Adams said.

Adams made the warning anew on a tough-on-crime speech in Manhattan on Thursday.

In his speech at the Police Athletic League event at the Harvard Club, Adams also warned agitators — like the ones who destroyed property in Middle Village, Queens, after Kyle Rittenhouse’s acquittal not to do their crime in the Big Apple.

“We’re not going to have a city where anarchists come from outside our city and go into a community such as Queens and destroy the community for their own selfish needs or desires,” Adams said.

Aside from crimes, Adams also touched on the economy in his talk and called on the local employers to allow their workers to go back to work.

“I need you as business owners to tell your employees it’s time to come back to work,” Adams said.

Adams also hit the bureaucratic red tape that deters entrepreneurs from setting up shop in the five boroughs.

“Why would anyone want to do business in the city of New York? You’d have to be sadistic to open a business in this city,” he said.