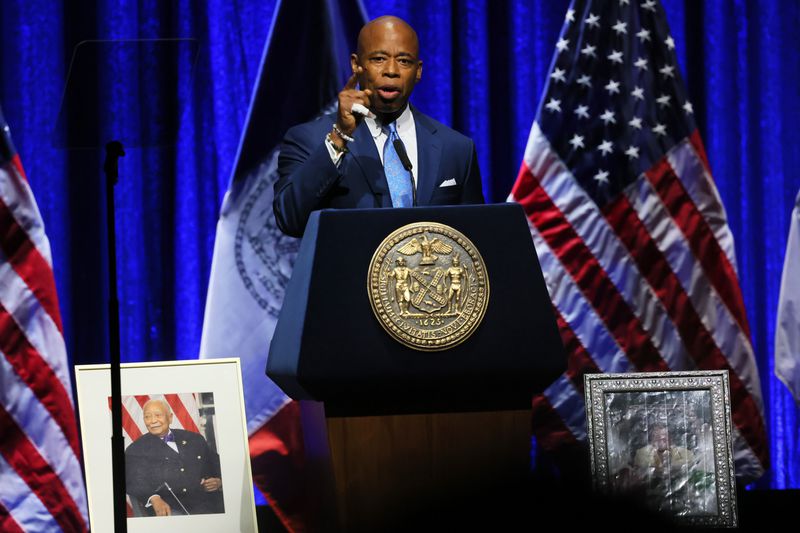 On Tuesday, New York City Mayor Eric Adams revealed to the New Yorkers a $99.7 billion revised budget plan that beefs up spending on housing and other social services to address multiple concerns raised by the City Council while also keeping spending reined in.

The budget presented by Adams is reportedly $1.2 billion larger than the $98.5 billion preliminary budget he rolled out in February.

The budget set aside by Adams is reportedly a deep contrast to his previous focus on fiscal discipline.

According to reports, most of the budget goes to expanding homeless services, affordable housing, education, and mental health programs.

“The city’s state is strong because New Yorkers have never been stronger. We’ve been through a lot. We have struggled and survived,” Adams said.

“After two years, we are ready to be together again — reunited, and it feels so good,” Adams added.