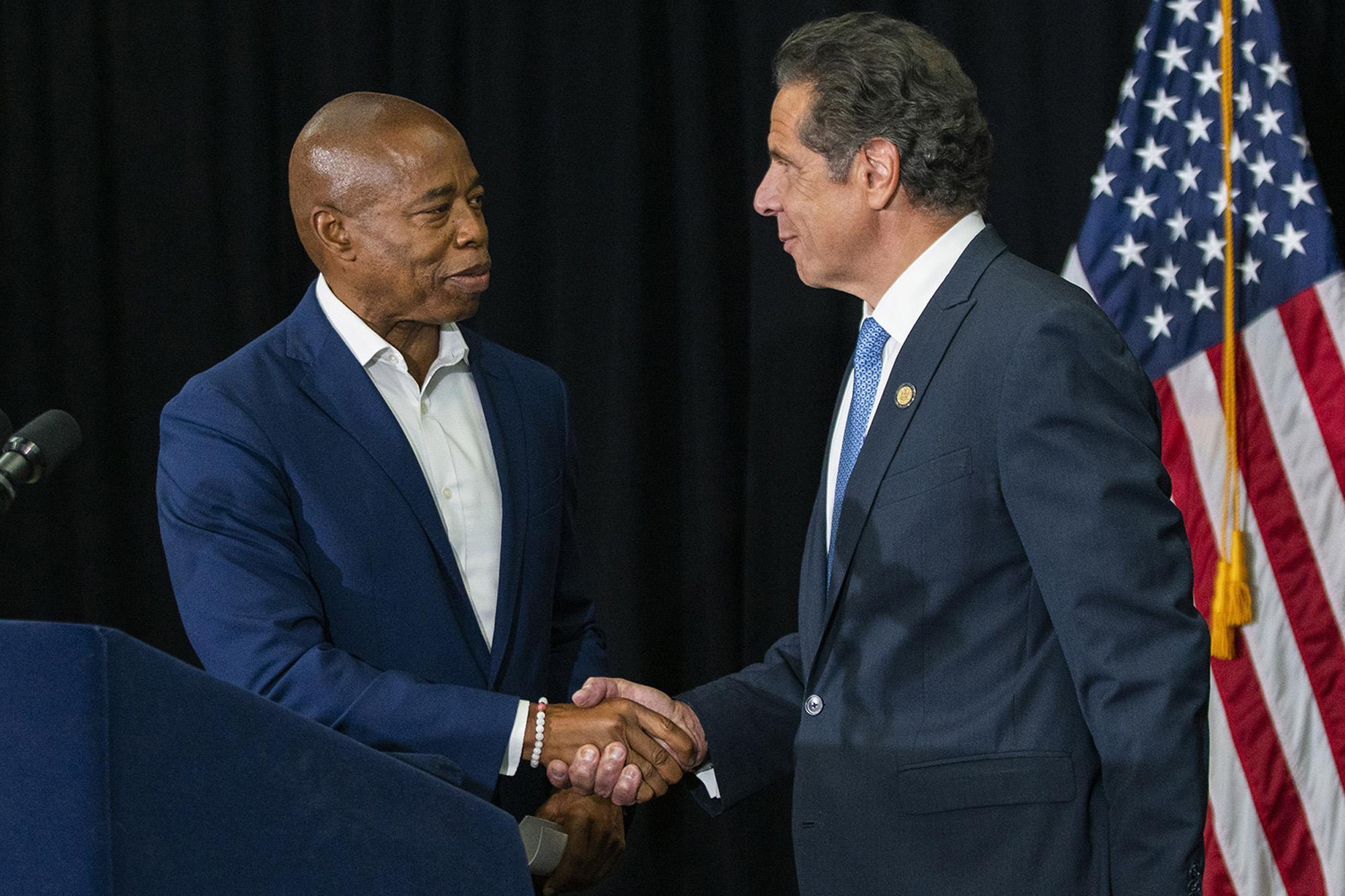 Sources say Cuomo arrived at 7:15 p.m. at the upscale eatery and headed to the back of the restaurant when he spotted Adams’ chief of staff, Frank Carone, dining with power PR veteran Ken Sunshine.

Sunshine was chief of staff for Mayor David Dinkins from 1990 to 1993.

The two reportedly hugged Gov. Cuomo and the other two men at the table.”

The meeting of the two is their second after their initial meeting about two hours in February at Midtown hotspot Osteria La Baia.

Adams earlier said their first meeting was special because Cuomo offered him creative ideas on how to handle the city.