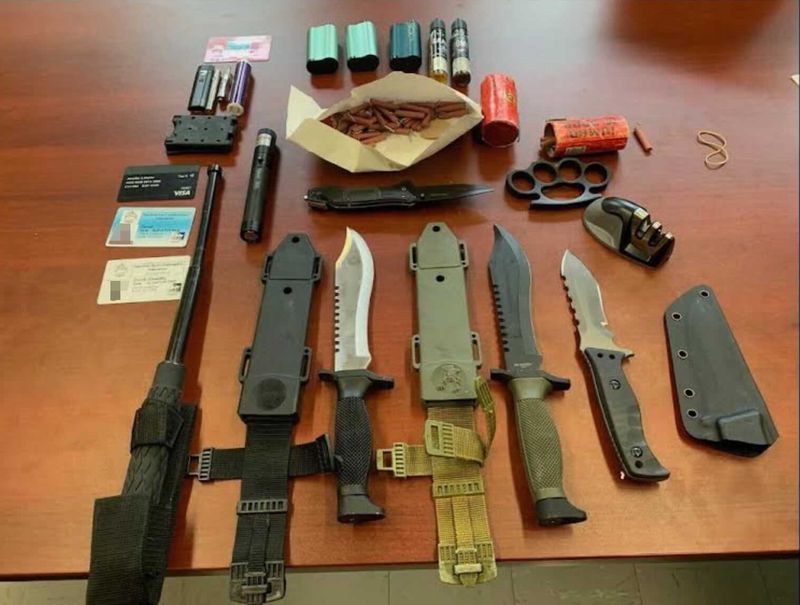 New York City mayor Eric Adams narrates the importance of NYPD safety officers at city public schools after a Manhattan middle-schooler was caught with a backpack full of knives and other weapons last week.

On Monday, Adams chided those people who criticized him for allowing the presence of safety officers at schools.

“When people attacked me for having school safety agents in our schools, they need to see this,” Adams said.

Earlier, knives, brass knuckles, and other weapons were found in the backpack of a 14-year-old student at NYC Lab Middle School for Collaborative Studies in Chelsea on Friday.

According to reports, the student showed one of the knives to a friend, who reported it to the principal.

When school officials and safety agents searched the student’s bag, they found four knives, a set of brass knuckles, an expandable baton, fireworks, and a laser pointer.

“These are real weapons that can be used on teachers, staff, administrators, and most importantly our children. That this is in a backpack of a child, that sends the wrong message,” Adams added.

Based on the police data, in the first month-and-a-half of the school year, the NYPD reported a nearly 30% rise in weapons seizures at city schools compared to the same period in 2019, with the bulk of the increase coming from weapons like pepper spray canisters and tasers.

The data also showed that the number of guns turning up at city schools also rose substantially.

DOE officials and students say many teens bring weapons to bring them for protection on their commutes to and from school.
Meanwhile, Adams said he is considering some changes to school safety to make it feel less “heavy-handed” and ensure students don’t “feel like criminals.”