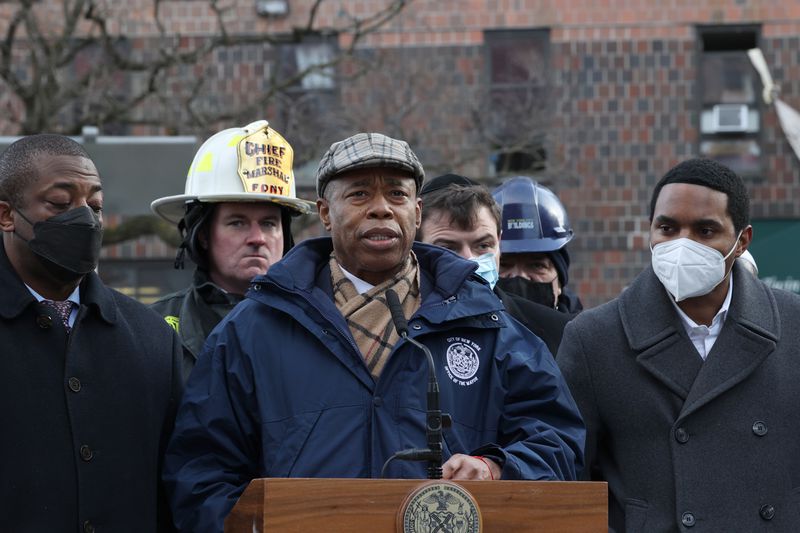 New York City mayor Eric Adams has spared the Health Department from his recent order to top city officials to develop plans for slashing city government spending by 3% across the board.

Adams who promised to cut “dysfunctional” spending across the municipal bureaucracy is hopeful all executive agency heads can implement his order.

City Hall budget czar Jacques Jiha said the spending decrease “cannot be based on layoffs,” but acknowledged the mayor’s demand is nonetheless not an easy one as the COVID-19 pandemic continues to wreak havoc on the city.

“I appreciate that this is a difficult request, and I have instructed my team to take every step they can to help,” Jiha wrote in the letter.

Sources said the budget cut will be carried out via so-called programs to eliminate the gap, or PEGs, which former Mayor de Blasio was reluctant to use while in office.

Based on the Adams’ budget cut order, all agencies will need to submit PEG blueprints by Jan. 21 with the Mayor’s Office of Management and Budget spelling out how they will decrease spending by 3% for both the 2022 and 2023 fiscal years.

According to reports, Adams envisions similar PEGs for each year beyond that.

It was learned that aside from the Health Department, also exempted from the budget cut are the Department of Correction, the public Health + Hospitals system, the Department of Health and Mental Hygiene, and the Office of the Chief Medical Examiner — all of which face “unique challenges” due to the coronavirus.

Moreover, it was further learned that Jiha told the heads of the impacted agencies they will be barred from hiring any new staff until they submit their cost-saving plans, though exceptions can be given for positions “that have an immediate and direct impact on public health and public safety.”