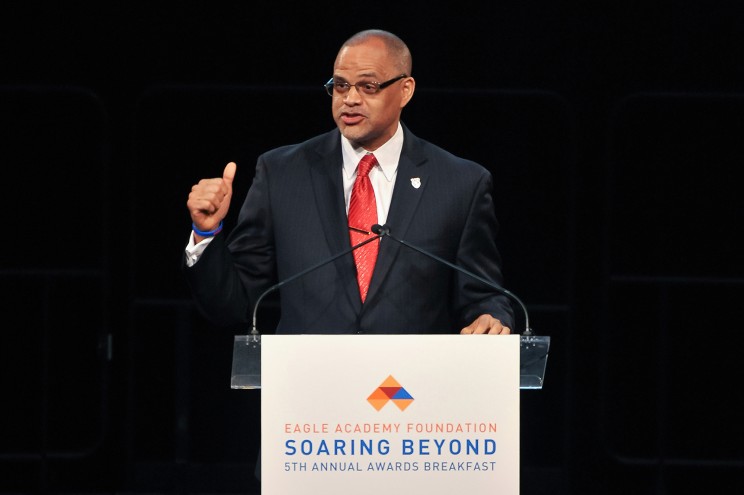 Adams made the announcement of his first major appointee on Thursday morning at PS 161 in Brooklyn’s Crown Heights neighborhood.

The appointment of Banks, 59 is considered a good move since he is a key adviser to Adams and best known for founding several city public schools — including a network that primarily educates boys of color.

Banks, a native of Queens pivoted from a legal career and served as a principal before launching the Bronx School for Law, Government, and Justice in 2004.

He went on to establish the Eagle Academy for Young Men in the Bronx in 2004, an all-boys school that later expanded to a network of six campuses by 2014.

In May Banks announced some of his priorities among them are lessened emphasis on standardized tests, widening the cultural breadth of curricular materials, and instilling students with a greater sense of civic duty on issues like voting and climate change.