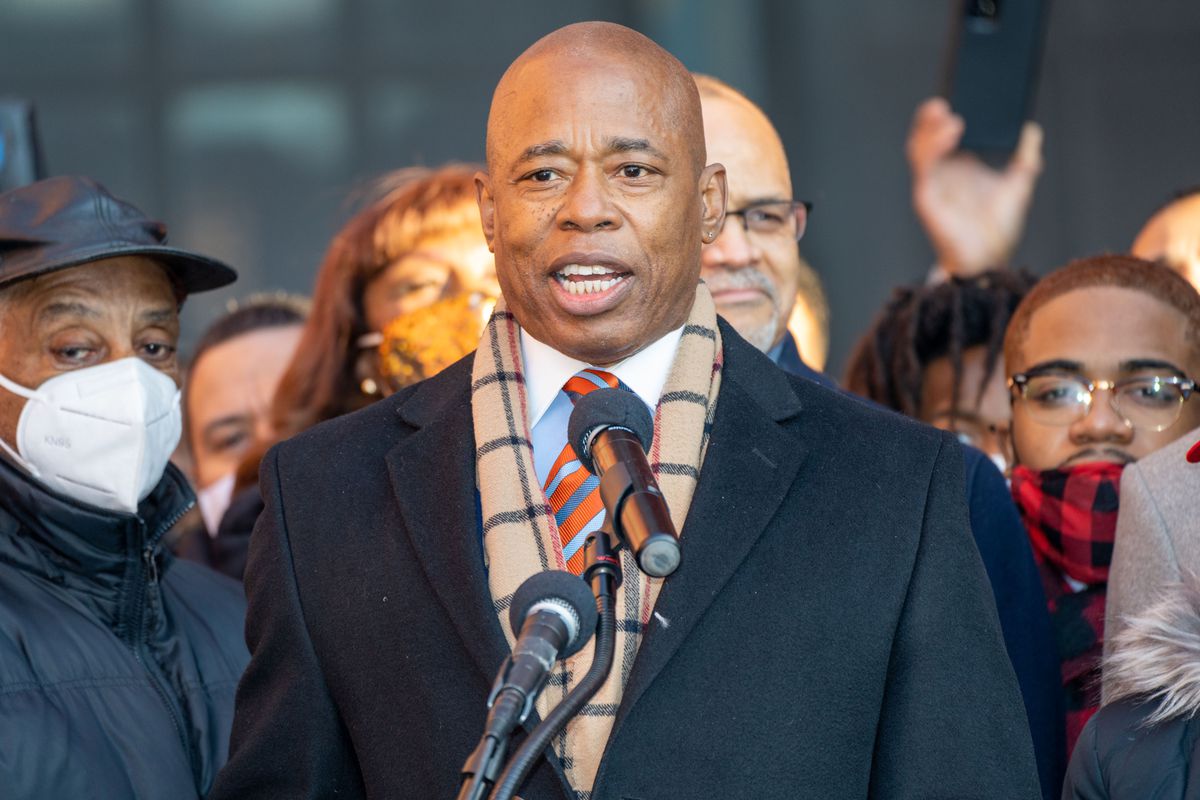 Ringing in the New Year with his swearing-in ceremony post-midnight on the 1st of January, incoming Mayor Eric Adams will soon be the 110th Mayor of the Big Apple after the iconic Times Square Ball Drop.

Adams will reportedly take the oath of office using a family Bible, after the ball drop at midnight- an event which has been mellowed down with several curbs in order to prevent further spread of the already raging Omicron variant.

“Times Square has long been synonymous with the New Year— a place of excitement, renewal, and hope for the future,” the mayor-elect said in a statement. “These are the same themes that animated my campaign and will inform my mayoralty, as I prepare to lead the city out of this challenging period,” Adams said.

Furthermore, Adams will hold his Jan. 1 inauguration at the historic Kings Theatre in Brooklyn, instead of the traditional City Hall location in Manhattan. In a statement announcing this decision, Adams said, “It is symbolically impactful for me to be inaugurated as New York City’s 110th mayor in the heart of Flatbush, on behalf of this working-class community and communities like it across the five boroughs who have elected one of their own to lead our recovery. Kings Theatre has made so many wonderful memories over its storied history, and on Jan. 1st we will make even more history there together.”

What’s more, is that the ceremony will be held on the evening of Saturday, Jan. 1 to accommodate participants who observe the Sabbath.