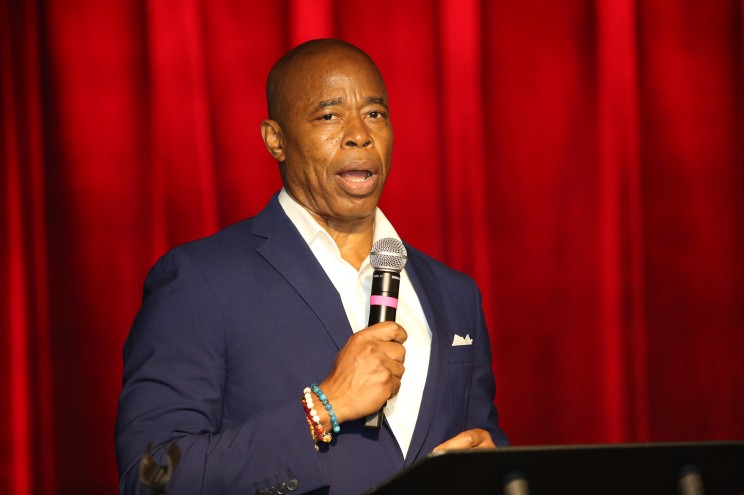 As a sign of gratitude and support to the soccer community in NYC, incoming Big Apple mayor Eric Adams has vowed to re-open talks to help bring New York City FC its own stadium.

“With their first-ever MLS Cup victory this year, NYCFC did our city proud, and gave all New Yorkers reason for hope,” Adams said.

“My administration will re-engage in discussions to explore the possibility of siting a new soccer stadium to serve as a permanent home for the team,” Adams added.

NYCFC spokesman Sam Cooke is happy with the statement of Adams and revealed that the team is eager “to engage with the new administration and its leadership team to discuss the stadium plan”.

Sources said NYCFC is in dire need of a new stadium hopefully before 2026 since North American cities will host the 2026 World Cup.

It learned that NTCFC has long wanted to have its own stadium as the team since their 2015 debut has played a majority of its home games at Yankee Stadium in the Bronx.

The arrangement has been a nightmare for the club because it must work around the Yankees’ schedule; the makeshift soccer field offers poor sightlines and narrow dimensions.

Without a new stadium, the team will continue to be a vagabond franchise next season. It is splitting games at Yankee Stadium, Citi Field in Queens, and Red Bull Arena in New Jersey.

Sources said with the latest statement of Adams, NYCFC could be reviving plans to build a 25,000-seat stadium in the South Bronx that would be part of a privately financed $1 billion mixed-use development project.

The sources added that other options are also being considered, including another Bronx site and reviving a plan to build one at Willets Point in Queens near Citi Field.

“We are … very encouraged by Mayor-elect Adams, who gets the importance of bringing real private investment into these communities, and who seems genuinely committed to creating jobs in this city when they are really needed,” Yankees President Randy Levine, whose team is part owner in NYCFC said.