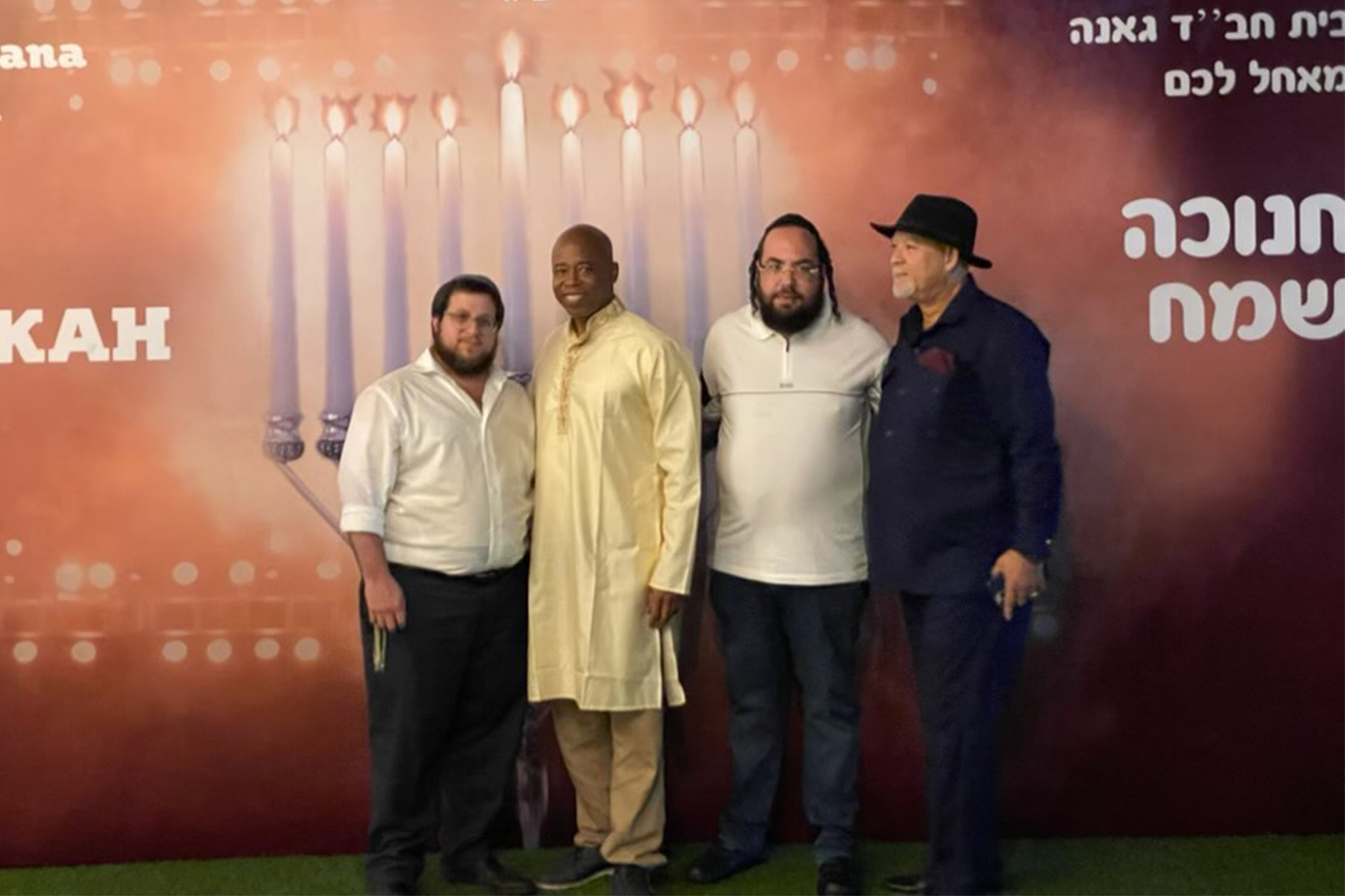 Even In Ghana, Eric Adams Sticks To His Brooklyn Roots, Celebrates Hanukkah At Chabad Center

Not forgetting his Brooklyn roots and his proximity to the Jewish community, even while in Ghana, New York City Mayor-Elect Eric Adams attend a Hanukkah event at the local Chabad center.

On Wednesday night, Adams stopped by at the Chabad House in the Ghanaian capital Accra to honor a major Jewish leader from Crown Heights during a local Hanukkah celebration. The event was held in honor of ​​Grand Rebbe Menachem Mendel Schneerson, who died in 1994, and was head of the Chabad-Lubavitch Orthodox Jewish Hasidic movement that’s based in Crown Heights, Brooklyn. He’s credited with creating a global Jewish renaissance in the aftermath of the Holocaust.

During his visit, Adams spoke about turning the pain of slavery into purpose, a message that he said was “personified” by “the Grand Rebbe of Crown Heights.” He further went on to talk about the Rebbe spreading “the energy and spirit of Judaism” by encouraging followers to open Chabad centers around the globe like the one in Accra, adding that, “We are looking at the seeds that he planted.”

Promising to be a crucial means of support for the Jewish community in NYC, Adams will be sworn in as the 110th mayor on Jan. 1.