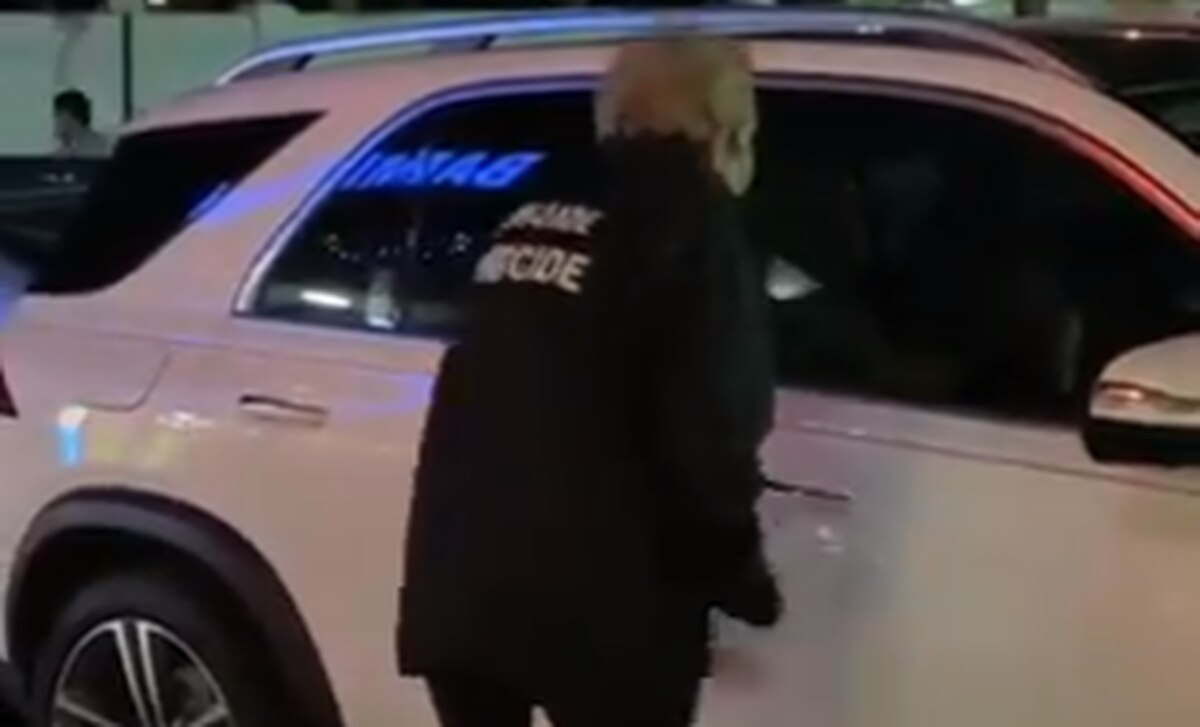 On Wednesday, the video of a former Miami Police Department employee who threw antisemitic slurs at a car driver started circulating online. Wearing the Department’s jacket, the drunk woman’s antisemitic rant was captured on camera.

The video of Leslie Socolov, a retired police homicide stenographer working with the Miami PD went viral on Wednesday after the Tuesday night incident was posted on Twitter by online watchdog StopAntisemitism.org who actively participates in monitoring instances of hate crimes against jews. In the video that was posted online, Socolov, 64, was screaming epithets at the driver of an SUV who was blocking her vehicle in the car park outside a Chinese restaurant in Boca Raton last Saturday night.

Vulgar language warning ⚠️ – a @MiamiDadePD homicide employee was caught on video in an INSANE antisemitic rant over a parking situation.

“Move your f*cking car you stupid Jew … just because you’re Jewish and a Democrat doesn’t give you the right to stay there” pic.twitter.com/qD3wyU1mrK

A drunk and angry Socolov was seen running to the SUV and telling the driver, “Move your f***ing car, you stupid Jew!” Slurring her words and swaying on her feet, she continued: “You f***ing piece of s***. Just because you’re Jewish and a Democrat doesn’t give you the right to stay there. Move it!”

Following the video being circulated widely, the Miami-Dade police department quickly condemned its former employee of 20 years and said it was investigating the incident.

“This hateful speech is appalling and does not represent the values of the MDPD,” it said in a statement.

Having a track record of road crimes, Socolov was involved in a 2015 hit-and-run incident in which a 70-year-old homeless veteran, Richard Flaherty, was killed while she was driving. After Socolov ran over Flaherty in her car, she continued her journey.

She turned herself in to the police when she discovered the following day that Flaherty had died. The Miami-Dade State Attorney’s Office declined to charge Socolov on that occasion.

This time, Socolov was arrested by the Palm Beach County Sheriff’s Office on a charge of DUI and disorderly intoxication. Prior to her verbal rant, she had rammed into the back of the SUV with her Prius before getting out to confront the 78-year-old driver, who called 911 and was advised to lock the doors of his vehicle.

When reached out and questioned by The Miami Herald, Socolov insisted that she was not antisemitic, pointing out that she is Jewish herself.  “I’m not antisemitic, I’m getting persecuted,” Socolov protested. “Look at these Democrats getting away with bulls***.”