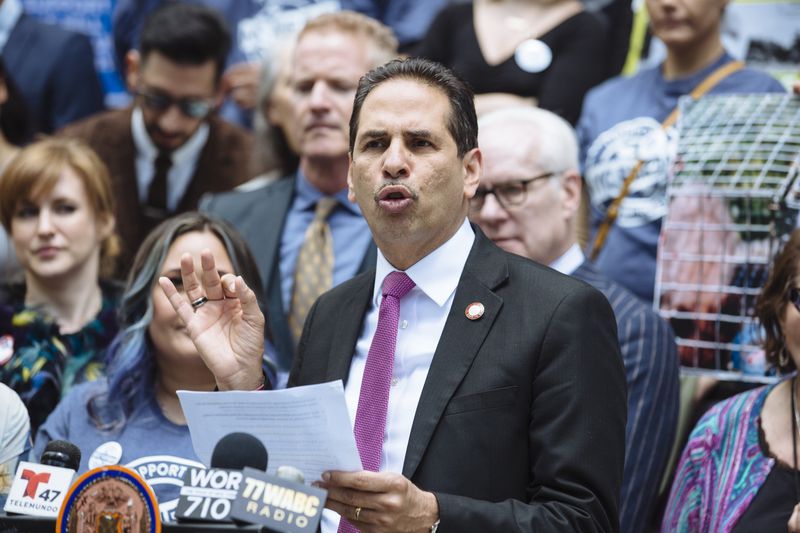 Former City Councilman Fernando Cabrera was hired to serve as a faith adviser by New York City mayor Eric Adams after the former apologized for his history of anti-gay views and remarks.

Adams on late Monday said Cabrera, a Christian pastor will act as a senior adviser in the newly formed Office of Faith-Based and Community Partnerships.

“I hope New Yorkers will give Fernando the opportunity to show his commitment to bringing together all New Yorkers, regardless of who they love or how they identify,” Adams said.

Sources said an hour after his hiring, the Bronx politician wrote a lengthy Facebook post in which he apologized for his various anti-gay comments over the years, including praising Uganda’s notoriously homophobic government’s ban on same-sex marriage while on a trip to the country in 2014.

“I understand how these words caused some to believe that I condone and support the Ugandan government’s historic denial of their LGBTQ+ population’s civil and human rights, but nothing could be further from the truth,” Cabrera wrote.

“Unquestionably, being LGBTQ+ should never be criminalized in any way, anywhere in the world. Uganda has a shocking history of condoning and exercising such practices which I denounce and wholly reject,” Cabrera added.

Cabrera said he is deeply for his anti-gay views and remarks and vowed that he will serve New Yorkers at the very best of his abilities.