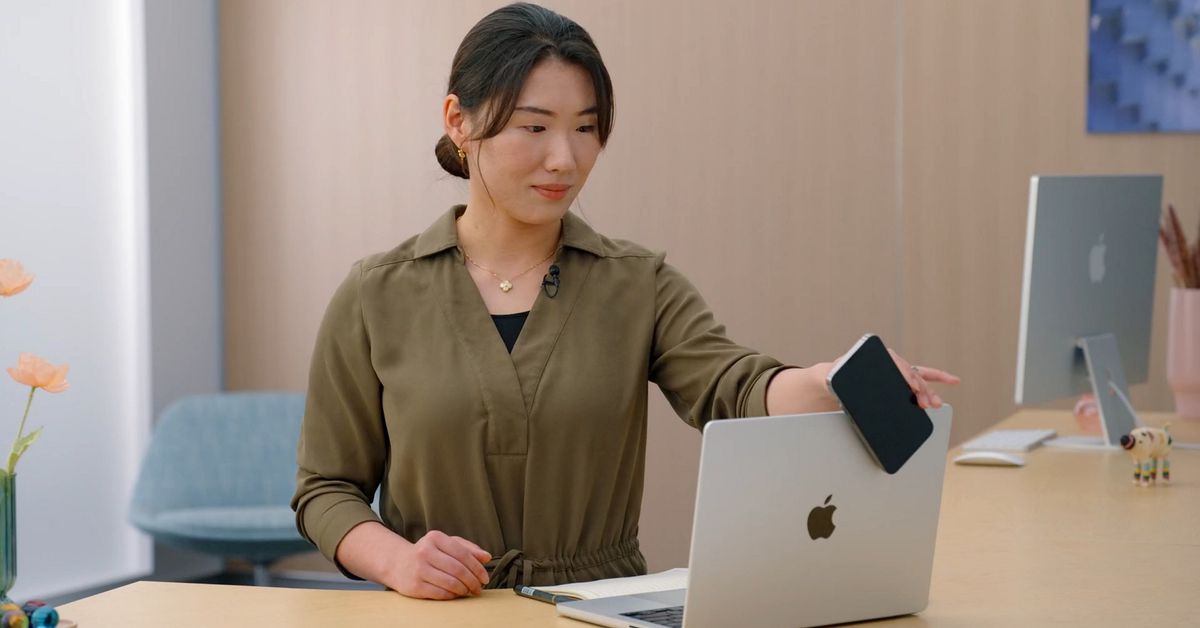 Explained: How Apple Is Now Making Your iPhone A Webcam For Mac

Among many of the interesting announcements at Apple’s WWDC event on Monday was the ability to transform your iPhone camera into a full-fledged webcam for your Mac. Although this sounds tricky and highly inconvenient, it is in fact a blessing that we’d like to elaborate upon!

So here’s how it’s going to work: First things first, macOS will detect your iPhone as a camera and microphone, period, so every camera app should work. While Apple only showed off FaceTime and mentioned Zoom, Teams, and Webex during the big WWDC 2022 keynote, developers shouldn’t need to do anything to their apps for them to work.

While you’re connected, you get Portrait Mode, “Studio Light,” and Center Stage options regardless of the app, too. They’re in a Control Center dropdown menu, alongside your iPhone’s battery. Next, you can turn your iPhone to any orientation, and it’ll still work. You get a zoomed-in effect if your iPhone’s in portrait orientation.

This feature will not only work on Facetime but on other apps too, as shown in the demo at WWDC. Apple’s offering up an automatic camera selection API that other apps can use, too. macOS Ventura will automatically switch to your iPhone if it’s mounted on a stand and either plugged in via USB or detected as “nearby” using Bluetooth and Wi-Fi.

What’s more, is that this functionality works when the phone is both- wired and wireless. Added to this is the fact that Apple figured out a way to bend and crop images from the iPhone’s super-ultrawide lens to let you show off things on the surface of your desk without moving your phone. That’s available for app devs, too. App developers can also capture 30fps, 1920 x 1440-res video from Desk View.

Lastly, this feature will be made available for all devices after the iPhone 6S and 7, and it will also exclude the first-gen iPhone SE.