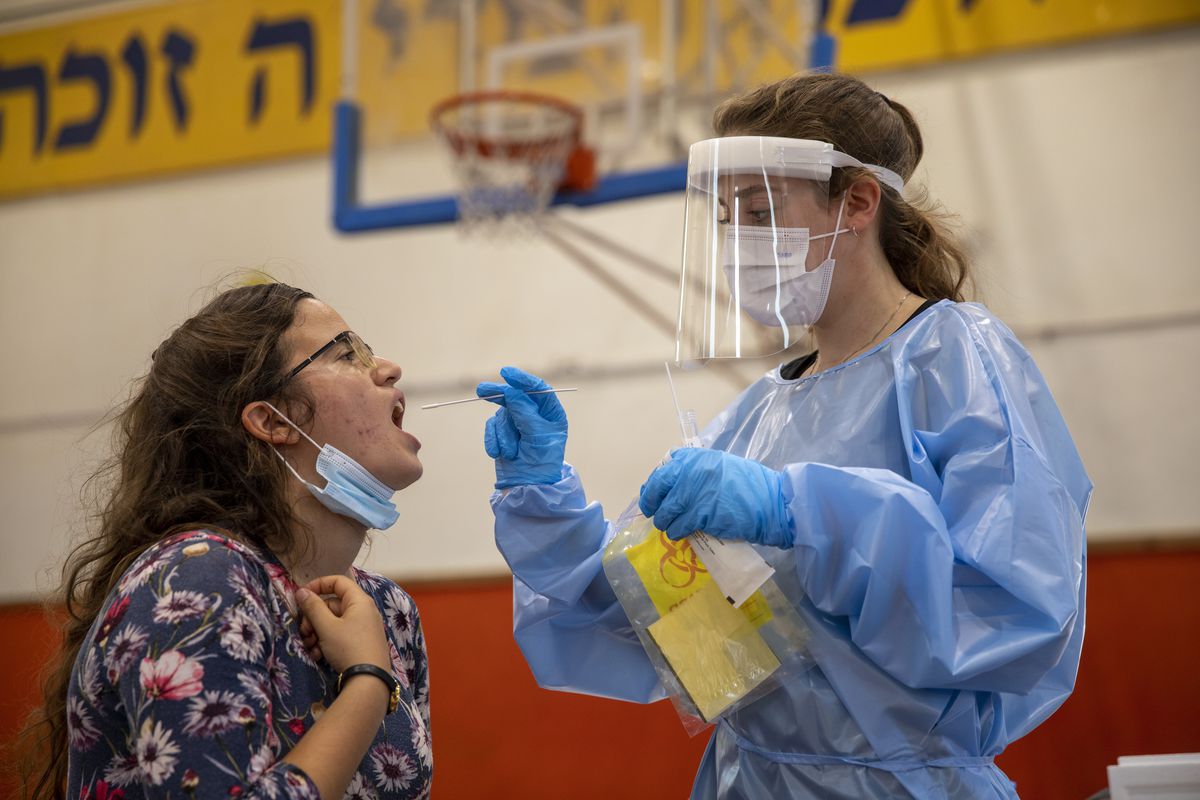 The COVID-19 situation in Israel- fuelled by the Omicron variant- has seemingly exploded to disastrous proportions, with a 220% rise in cases s compared to last week. In reaction, Dr. Sharon Alroy-Preis, head of public health services at the Health Ministry has stated that Israel has ‘no control’ over Omicron.

On Monday, Israel’s Health Ministry confirmed 6,562 new coronavirus cases, which stands as the highest number since September and three times the number of cases a week ago. A wave of people continued to line up outside testing sites throughout the country on Monday and as a result, the Israeli government has announced that some sites will begin operating 24 hours a day as of Monday night.

“We are trying as much as possible to reduce infections and lessen the force of this wave, but it will be a high wave,” Dr. Sharon Alroy-Preis, head of public health services at the Health Ministry, told Channel 13 news.

Earlier Monday, Israel’s coronavirus czar Salman Zarka said anything short of far-reaching measures would be ineffective in bringing down cases. “In the situation, we are in, light restrictions won’t help. We can go toward very significant restrictions like the first lockdown because other restrictions won’t bring down infections. So we’re not recommending restrictions at this time just for the sake of saying we asked for them,” Zarka said during a press briefing. He also rejected speculation the government was aiming for a policy of herd immunity, saying hopes that Omicron could quickly spread unchecked through the population without overwhelming the hospital system were scientifically invalid.