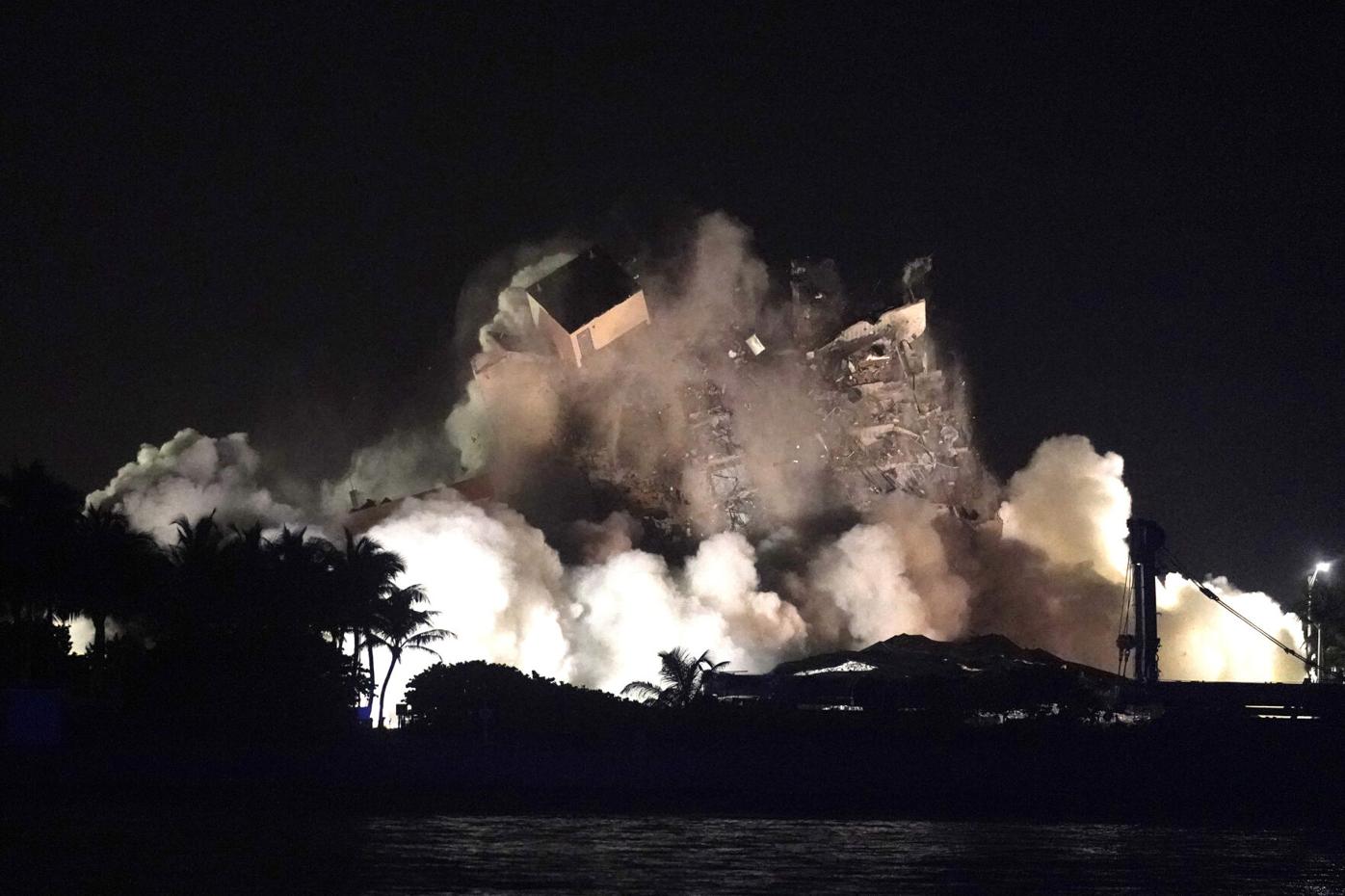 Explosives Set Off To Demolish Remainder of Florida Condo, Search To Continue

On late Sunday night, and into early Monday morning, the Champlain Towers in Southern Florida were further demolished with explosives. According to Miami-Dade fire officials, this initiative will open up new areas for rescue teams to explore.

To avoid the risk of the remainder of the building falling on search and rescue teams who were still on the lookout for multiple missing persons, the structure was scheduled to come down between 10 p.m. Sunday and 3 a.m. Monday. The method of demolition used was called “energetic felling,” which uses small detonation devices and relies on the force of gravity. This brought the building down in place, containing the collapse to the immediate surroundings.

“Our top priority is that the building come down as soon as possible, no matter what time that occurs and as safely as possible,” Miami-Dade County Mayor Daniella Levine Cava told a news conference Sunday. “Bringing down this building in a controlled manner is critical to expanding the scope of our search-and-rescue effort.”

Up to 210 rescuers have been asked to restart the search since the site is now declared safe after the blast. On June 24, 55 of the building’s 136 units collapsed, killing at least 24 people. There are 121 people who still remain unaccounted for.