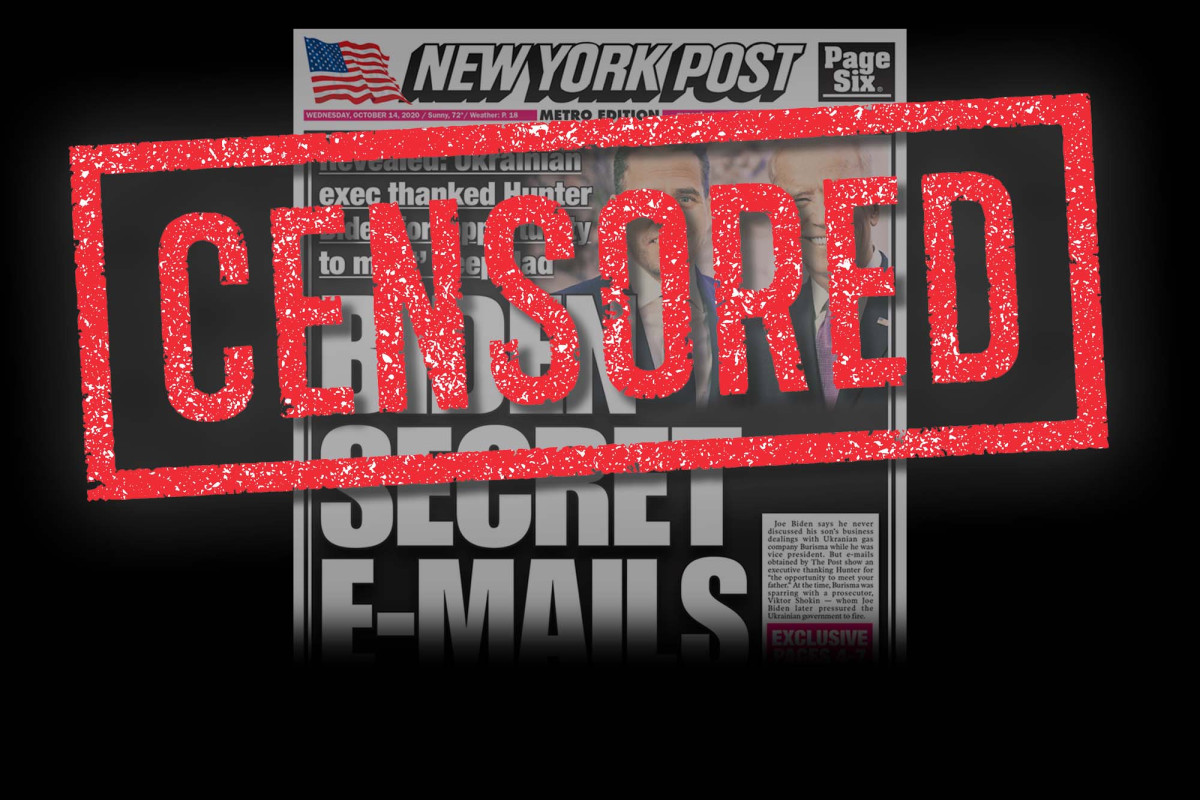 Several Journalists and politicians, including the President, have called out social media giants Twitter and Facebook for siding with media houses to censor the New York Post expose on Hunter Biden’s thorny foreign dealings and misuse of power.

After facing quite the flack for the cover-up, Twitter CEO Jack Dorsey addressed the controversy surrounding actions the company took on Wednesday, calling them “unacceptable.”

He tweeted saying, “Our communication around our actions on the @nypost article was not great. And blocking URL sharing via tweet or DM with zero context as to why we’re blocking: unacceptable.”

This apology came under the context of both Facebook and Twitter cracking down on the spreading of the article on social media, labeling it as “misinformation”.

The Post's primary Twitter account (@nypost) has also been locked because the Hunter Biden stories violate its rules against "distribution of hacked material," per email we received from Twitter https://t.co/wbeYd6c3CA

On Wednesday, after the report on Hunter Biden’s misuse of familial relations, and involvement of Ukrainian company’s and governments was revealed, spokespersons from Facebook and Twitter began justifying their stance at taking the article down.

Facebook spokesperson Andy Stone tweeted claiming, “While I will intentionally not link to the New York Post, I want to be clear that this story is eligible to be fact-checked by Facebook’s third-party fact-checking partners. In the meantime, we are reducing its distribution on our platform.”

Twitter also claimed in a statement that it had taken action against the article in keeping with the company’s “Hacked Materials Policy” which rendered Twitter users unable to share a link to the Post story, either on their public pages or via direct messages.

Although it hasn’t been legally determined whether the material was hacked, the Post has maintained a version of the story that states that the laptop containing this information was handed over to a Delaware repairman.

With no response from Joe Biden, the Biden 2020 presidential campaign said on Wednesday, “the former vice president carried out official U.S. policy toward Ukraine and engaged in no wrongdoing,” and that “Trump administration officials have attested to these facts under oath.”