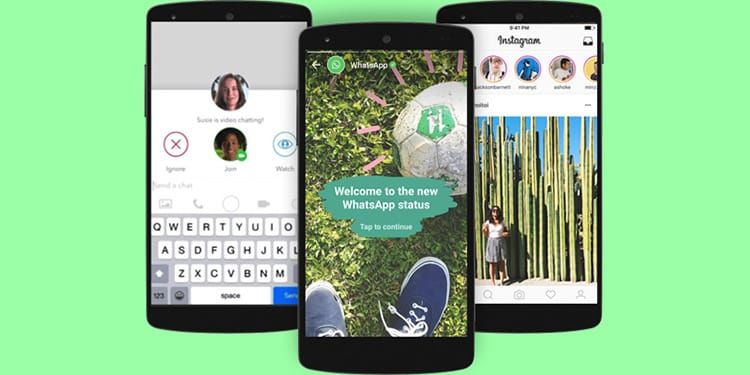 Despite facing heavy criticism for its prospective move to roll out ads into the popular messaging app, earlier this year, Facebook revealed how Whatsapp ads would look in the app at the annual Facebook Marketing Summit in Rotterdam, Netherlands.

The widely used instant messaging application Whatsapp will now feature advertisements that will most likely be featured amidst the ‘Status’ section, in the form of banners. The parent company Facebook, will notify its users about the modifications and changes in the updated terms of service., which are slated to be introduced by February 2021.

To bring in more revenue to the immensely popular messaging app, Facebook has decided to go on with the move despite numerous privacy and data breach concerns that were voiced out by users and tech activists alike. According to information from WABetaInfo, the instant messaging application has recently released new updates for Android — web version 2.20.206.19 and iOS 2.20.130 on the App Store — these updates are supported with a new feature that will help WhatsApp announce specific information.

Meanwhile, considering how advertisement targeting algorithms work, the new update is expected to include more information about how a user’s data is processed. The update will also shed light on how businesses can use Facebook hosted services to store and manage their WhatsApp chats. Furthermore, if users do not agree to the new terms and conditions, they would be directed towards deleting their account.

As per the images that have been floating on the web, the ads would not be sent in the form of chat, but they would appear as a kind of banner in the specific app and redirect you to external websites, in the same way, they could require certain action from the user.

Over the past couple of months, WhatsApp has added a bunch of features to the app. One of the newest features to go live for a lot of users worldwide is WhatsApp payments, where users can now send and receive money using the app. WhatsApp also introduced disappearing messages and revamped its storage management tool so a user knows what time of data from WhatsApp is occupying storage and can take the necessary actions.