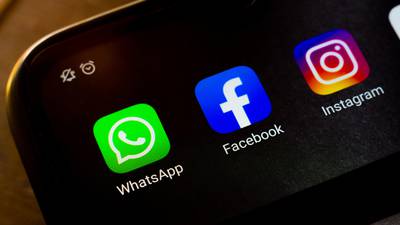 It’s Monday 11:32 am, Your trying to let your boss know your running late back from your lunch break due to traffic, no big deal, it’s just 5 minutes late, happens to everyone, You take your phone out, And WhatsApp him “hey I’ll be 5/10 minutes late” But for some reason, it’s not going through, You check your connection and it’s fine, You even turn your phone off and back on again.
Now you’re already frustrated, It’s Monday afternoon, And you gotta message that sales guy to send another delivery because your running low on items, Suddenly we all realize how dependent we are on the digital world.

That one companies server’s going down, Can make your day so complicated.

But before we get carried away, Why does this happen? It’s not the first time.

Can Facebook (parent owner of WhatsApp and Instagram) Not figure out how to keep the server from crashing?

Let’s take a look at why this happens.

So far Facebook has not released an answer as to why their apps and sites are not working, But let’s talk about the company news for a second.

Facebook stock dropped nearly 6% as of today, The reason being In an interview on CBS, Facebook Whistleblower Frances Haugen told CBS’s ’60 Minutes’ that the social media giant continually puts profits ahead of its responsibilities to the public.

Frances Had a high position in Facebook, And in the past few months she has been anonymously reporting that Facebook is studying ways to make us disconnected and out write spreading hate,
And yesterday for the first time coming out in public on CBS.

You might ask why, Why would Facebook want us to hate each other? The answer is simple profits, do you remember how active Facebook was during the BLM riots and Jan 6 capital riot, Exactly! that’s Facebook’s dirtiest secret.

Frances also has tens of thousands of copies collected from Facebook’s headquarters, proving her point, She showed some of the copies last night on CBS, Showing how they are trying not to stop hate etc. And even making teenage girls insecure about their appearance,

We all knew this is happening on Facebook, But to find out they were actually behind it on purpose, Comes as a shock to a lot of people. Frances called it money over humanity.

Does today’s shutdown have anything to do with any of this?

Hopefully yes, Hopefully, Facebook is changing its algorithm and that’s what caused it to crash, but that is most likely not the case as Facebook’s main concern is not getting a lawsuit, And they don’t really care about the positive press, Since they know their customers are addicted to their product.

Maybe it’s not so bad that we take a small break from WhatsApp after all.