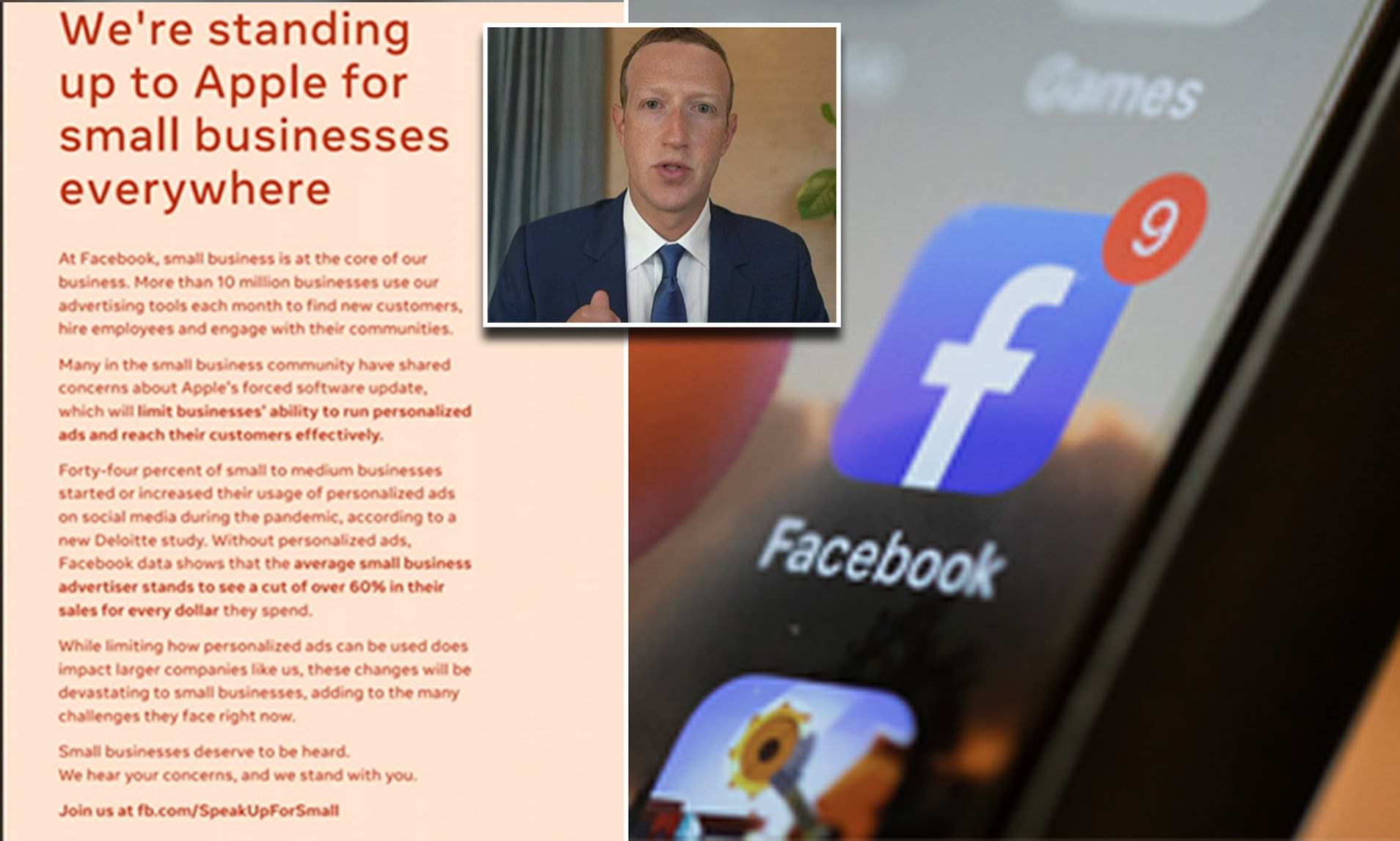 “We’re standing up to Apple for small businesses everywhere,” read the headline of the full-page ads by Facebook across all prominent Newspapers including the New York Times, the Washington Post, and The Wall Street Journal on Wednesday. Aimed at taking a dig at Apple’s latest iOS privacy labels which will make it more difficult for companies like Facebook to target users with ads, Facebook claimed Apple’s changes will be “devastating to small businesses” that rely on its ad network to generate sales.

Quite possibly masking its instability to tap into user data due to Apple’s new App Store Privacy labels, Facebook, on Wednesday, openly criticized Apple by claiming that they supported small businesses against the Silicon Valley giant. Apple, with its new privacy labels on the App Store, will require developers to ask iOS 14 users for permission to gather data and track them across mobile apps and websites on an iPhone and iPad soon. These changes will impact Facebook’s ad business and in particular its ad network for developers and businesses, as end-users are more likely to opt-out of tracking prompts.

A software that has always put an emphasis on Privacy, Apple had planned to implement these changes with the initial iOS 14 release in September but delayed enforcing them until early next year.  The new labels will be required for apps on all of its platforms, that includes iOS, iPadOS, macOS, watchOS, and tvOS, and they will have to be up to date and accurate every time a developer submits a new update. Every piece of software on the App Store will also have its privacy label viewable on the web.

In reality, Apple has accused Facebook of a “disregard for user privacy” and is adamant that its iOS 14 privacy policies will be enforced in early 2021, to ensure that the company stays “committed to ensuring users can choose whether or not they allow an app to track them.”