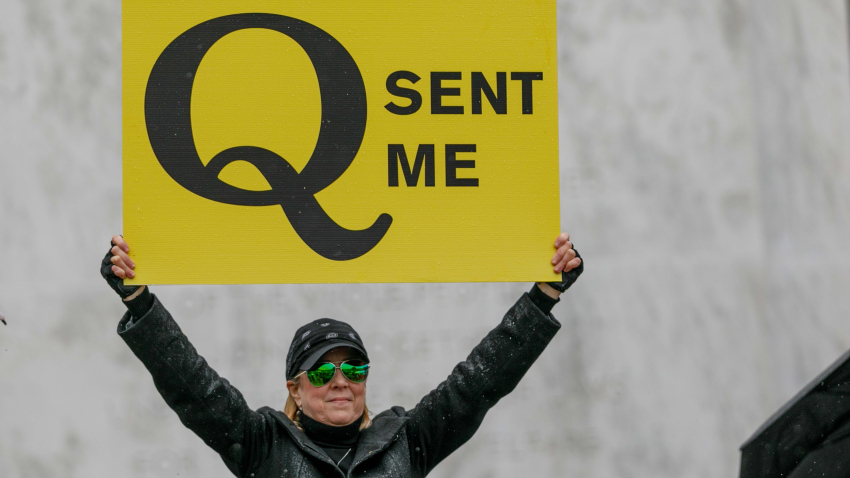 Facebook Places Total Ban on QAnon Across All Platforms

After attempting to regulate content associated with the conspiracy theorists QAnon, Facebook has finally decided to impose a complete ban on the radical fringe group across its platforms.

Deleting all groups, pages, and profiles related to the QAnon movement across Facebook and Instagram, the tech giant has labeled the group a  “militarized social movement.” One of its strongest crusades against misinformation, Facebook will currently not be placing bans on individual content or on users who post frequently about QAnon but do not explicitly identify themselves as representing the QAnon movement.

QAnon refers to a political conspiracy theory group that propagates the idea that US President Donald Trump is a god-sent entity fighting a group of elites in the US government who run a child trafficking ring. The movement has gained a lot of attention, especially after being recognized by Eric Trump, gaining support from some Republican congressional candidates, and claims that President Trump called the members of the group “Fine people”.The enmass spread of the movement has been termed as a potential domestic terror threat by the FBI.

In a similar crackdown in August, Facebook removed around 1500 QAnon accounts and groups for showing and spreading potential violence. According to Facebook, QAnon content purports that a secret society of pedophiles is plotting against US President Donald Trump. The group represents an “identified Militarized Social Movement,” which is prohibited under the company’s current rules.

Facebook is therefore reclassifying QAnon as an extremist militia group. The company also stated, “We’ve been vigilant in enforcing our policy and studying its impact on the platform but we’ve seen several issues that led to today’s update. For example, while we’ve removed QAnon content that celebrates and supports violence, we’ve seen other QAnon content tied to different forms of real-world harm, including recent claims that the west coast wildfires were started by certain groups, which diverted the attention of local officials from fighting the fires and protecting the public.”

The new rules will be enforced by Facebook’s Dangerous Organizations Operations team, the group that also enforces bans on terror and hate groups.