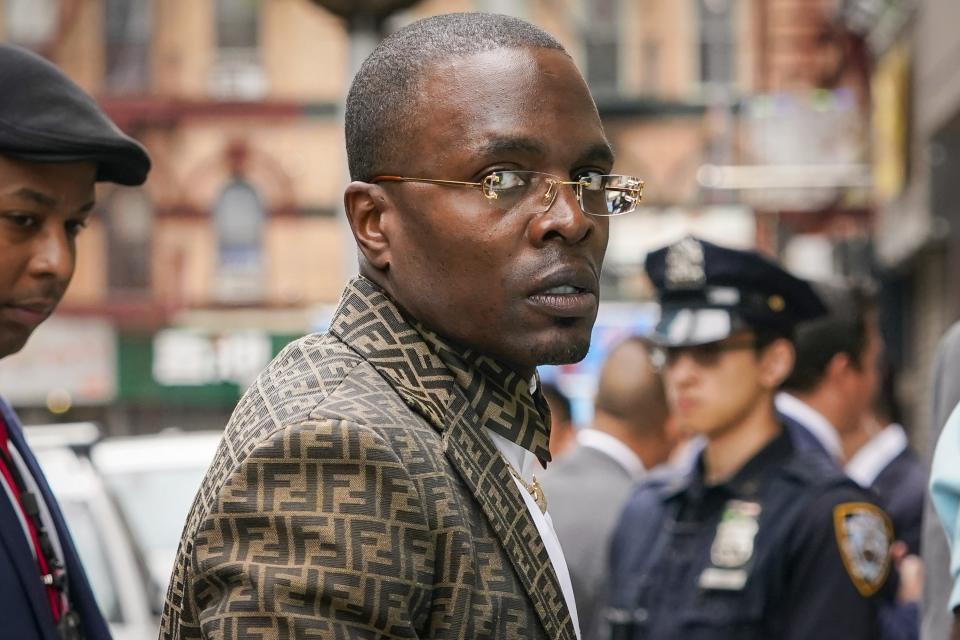 Famous NYC Preacher Robbed Of $1M In Jewelery During Sermon

Bishop Lamor Miller-Whitehead, a flashy NYC preacher known to have close ties with the Mayor, was robbed of more than $1 million worth of jewelry Sunday by armed bandits who crashed his Brooklyn church service.

Miller-Whitehead, the Rolls Royce- driving bishop, was delivering a sermon at his Leaders of Tomorrow International Ministries, which was being live-streamed when police say three robbers walked in. They showed guns and demanded property from Miller-Whitehead and his wife, Asia K. DosReis-Whitehead, police said.

In the video, which was soon taken offline, Miller-Whitehead is heard asking his flock, “How many of you have lost your faith because you saw somebody else die?” moments before the robbers entered the church.

He’s then seen dropping to his hands and knees and repeatedly saying, “alright, alright,” before a man holding a gun and wearing a black sweatshirt enters the frame. The man, who was also wearing a black face mask, is then seen approaching Miller-Whitehead, who was hiding behind a gold-colored lectern, and stuffing the bishop’s jewelry into his pockets.

In a video posted to Instagram, Miller-Whitehead said he felt a “demonic force” enter the church and wasn’t sure if the gunmen “wanted to shoot the church up or if they were just coming for a robbery.” He said he’s thankful no one was hurt.

“When I see them come into the sanctuary with their guns, I told everybody to get out, everybody just get out,” said Whitehead, who on Monday offered a $50,000 reward for information leading to the arrest of the robbers.