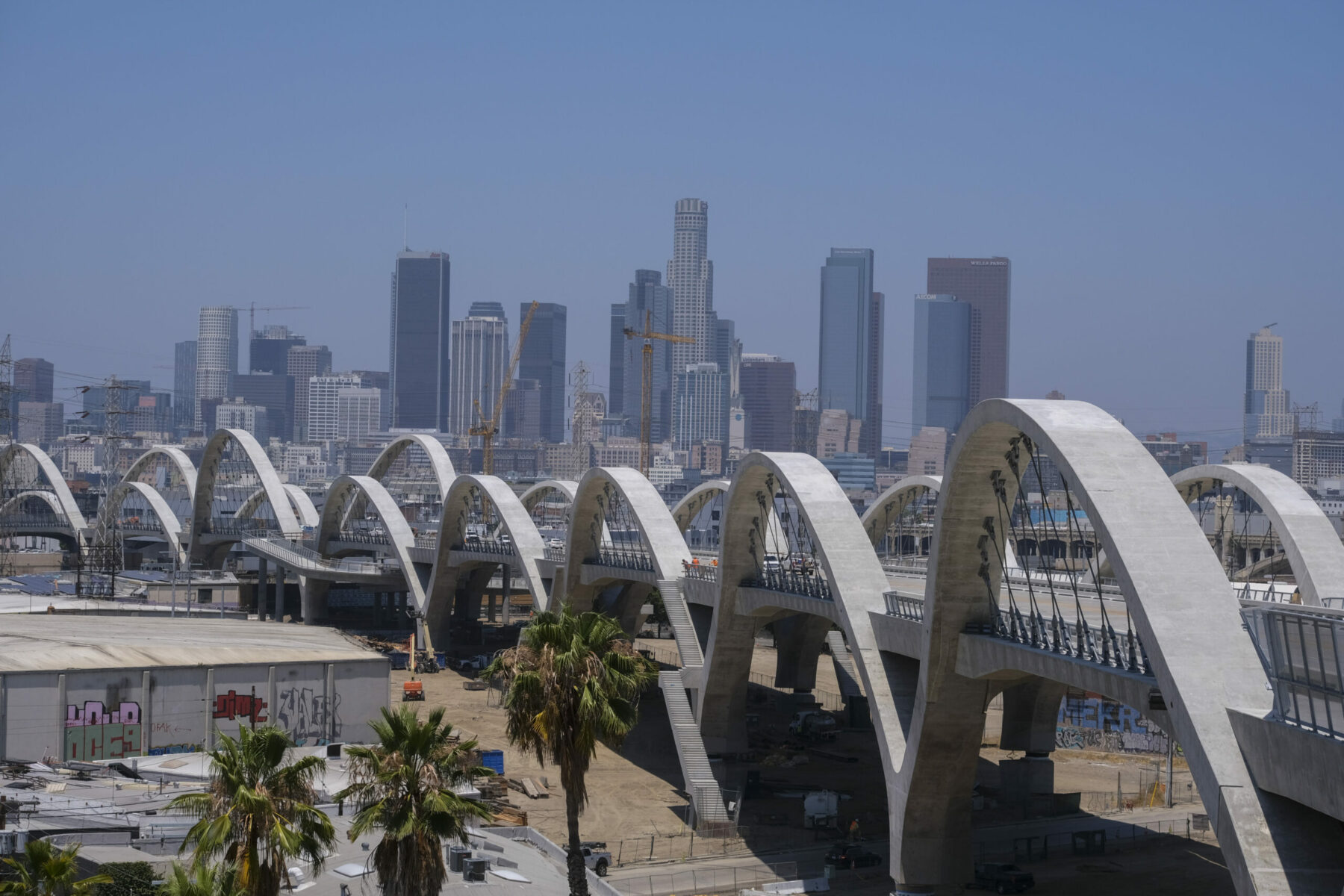 The whopping $588-million architectural marvel that soars over the concrete-lined Los Angeles River to connect downtown to the historic Eastside which was inaugurated on July 10 has now been shut after chaos and collisions.

The 6th Street Viaduct- the newest bridge in LA- had within days, become a hotspot for street racing, graffiti, and illegal takeovers that draw hundreds of spectators to watch drivers perform dangerous stunts in their vehicles.

Apart from these stunts, crashes began piling up, including a three-car collision where one driver, who had been part of a street takeover, left his white Dodge Challenger and ran from the scene. He later turned himself in.

After multiple temporary closures since its inauguration, the LAPD on Wednesday announced that it would be “closed until further notice due to illegal activity and public safety concerns” before backtracking and reopening it hours later. During this time, officials hope to install speed bumps, safety fences and cameras on the less than a three-week-old bridge to curtail the behavior. In the meantime, officers are impounding vehicles and issuing citations.

Mayor Eric Garcetti called the new bridge “our generation’s love letter to the city” during its opening weekend. “While the Mayor recognizes that the celebration of this bridge is overwhelmingly positive, he has no tolerance for behavior that keeps Angelenos from enjoying this new landmark,” said Harrison Wollman, Garcetti’s press secretary, in a statement Wednesday. “The City is reviewing additional safety options and is taking immediate action to ensure the bridge is safe and accessible for everyone.”

The swanky new bridge spans 1,066.80 meters from the trendy Arts District to Boyle Heights. Known as the “Ribbon of Light” for its thousands of LED lights and tilted arches replaced an 84-year-old Art Deco bridge which was a popular sight in several Hollywood movies.