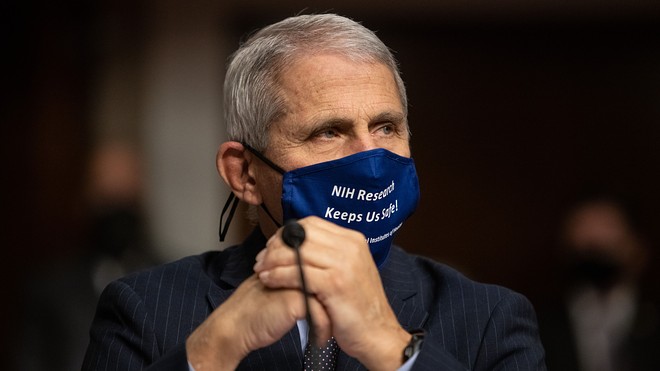 Speaking to ABC on Tuesday morning, Fauci said, “For security reasons, I really feel strongly that we should get them vaccinated as soon as we possibly can. We want him fully protected as he enters into the presidency in January. So, that would be my strong recommendation.”

He also went on to state that even though President Trump had contracted and recovered from the disease, he too must be inoculated, considering the disease may come around a second time as well. “We’re not sure how long that protection lasts. So, to be doubly sure, I would recommend that he get vaccinated, as well as the vice president. You still want to protect people who are very important to our country right now,” Fauci said.

As of now, the vaccine, developed by Pfizer and BioNTech, which was granted emergency use authorization by the Food and Drug Administration last Friday evening, has been distributed across numerous states, with the first shots being administered on healthcare workers since Monday.

Earlier this week, there were reports of President Trump and a few key White House officials being inoculated first, but the President put an end to all the speculation, claiming that he would want citizens to get access to the vaccine first, instead of preferential treatment towards the federal administration.

Meanwhile, on Tuesday, the Food and Drug Administration found Moderna’s coronavirus vaccine candidate to be safe and highly effective, in a 54-page report that will now pave the way towards another speedy emergency authorization this week. In the latest report, FDA staff affirmed the Massachusetts biotech firm’s finding that the vaccine is about 94 percent effective and poses no safety concerns that would prevent the agency from granting it an emergency use authorization. A meeting on Thursday would finalize the approval of the vaccine when the FDA’s Vaccines and Related Biological Products Advisory Committee gives a go-ahead for the drug.