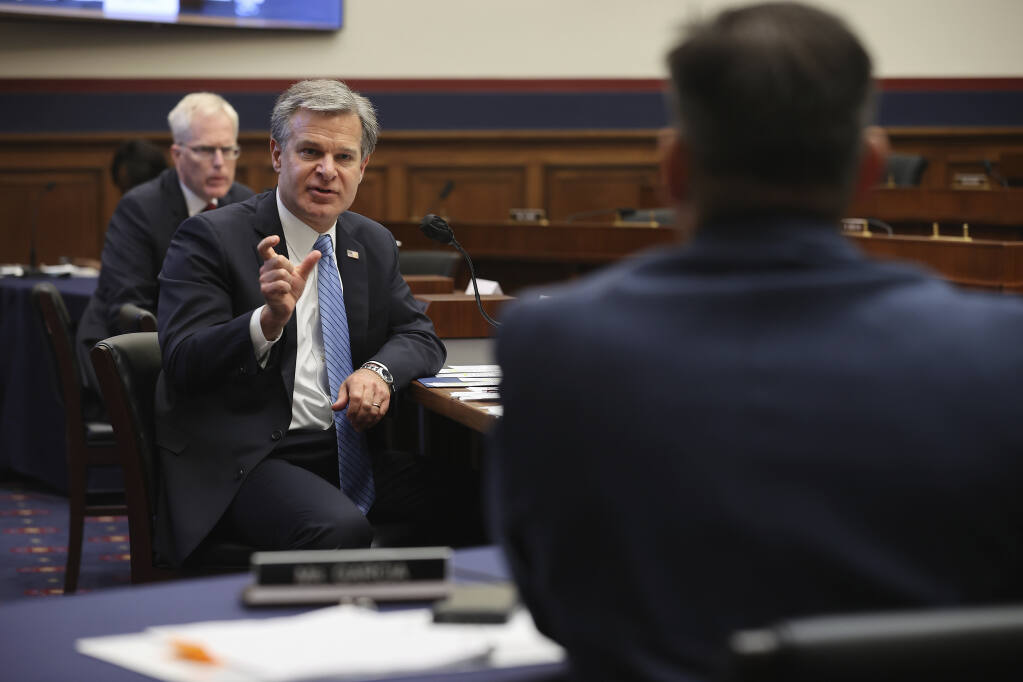 Apart from his comments on the underhand Russian intervention in the upcoming elections, FBI director Christopher Ray also stated that the Antifa (Short for Anti-Fascist) is real and is at the center of a handful of investigations.

FBI Director Christopher Wray testified before the House Homeland Security Committee on Thursday, where he stated terrorism remains a top priority for the bureau. Apart from claiming that “The intelligence community consensus is that Russia continues to try to influence our elections,” Wray stated that the FBI doesn’t just intend to investigate international terrorist groups, but also homegrown violent extremists in the U.S.

Antifa is an anti-fascist and left-wing political movement in the United States comprising an array of autonomous groups that aim to achieve their objectives through the use of both nonviolent and violent direct action rather than through policy reform.

As an answer to the question regarding the recent protests that have sparked off across the country, Wray said investigations have been opened into certain individuals who participated in these demonstrations. As members of the committee poked Wray into revealing whether right-wing extremists or left-wing extremists pose a more serious threat of violence to the country, the top official avoided making such a judgment, saying, “the FBI does not look at political ideology but whether individuals are planning violence”.

He further added that “Although the majority of protesters have been peaceful, we have opened investigations on individuals involved in criminal activity at these protests, some of whom adhere to violent extremist agendas designed to sow discord and upheaval.”

When asked about Antifa, a violent group or movement that has been strongly denounced by President Trump, and been frequently been dismissed by top Democrats as a myth, Wray said, said, “the anti-fascist collective is a real thing. It’s not a group or an organization — it’s a movement or an ideology.” Claiming that the FBI is investigating individuals who support the Antifa movement he mentioned that he was concerned about small local “nodes” of such individuals who may be planning something violent.

Since there isn’t any domestic terrorism offense cited in the legal rule-books, citizens can’t be charged specifically with domestic terrorism. The FBI director has said this is why the agency is instead pursuing explosive firearms and rioting charges against these individuals.