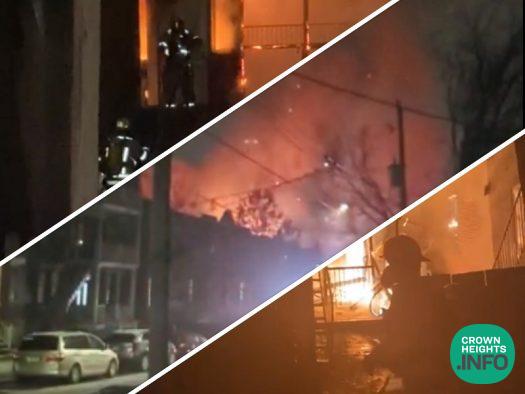 A responding firefighter was injured when a huge fire ate three Jewish-owned houses in the Outremont neighborhood of Montreal.

In the initial investigation conducted by the local fire department, the fire started on Jeanne Mance Street at approximately 10:30 in the evening.

The fire was detected by a passerby who smelled smoke and immediately alerted the local fire department as well as Chaverim of Montreal.

Acting on the tip, Chaverim volunteers were on scene and began alerting residents of the impending danger.

Due to the quick response of Chaveirim of Montreal, all residents managed to get out, and B”H no residents were injured.

At around 2 am on the same day the firefighters who responded to the fire scene successfully controlled the fire but unfortunately, one of their own suffered minor injures from the fire incident.

A thorough investigation of the cause of the fire is now underway.