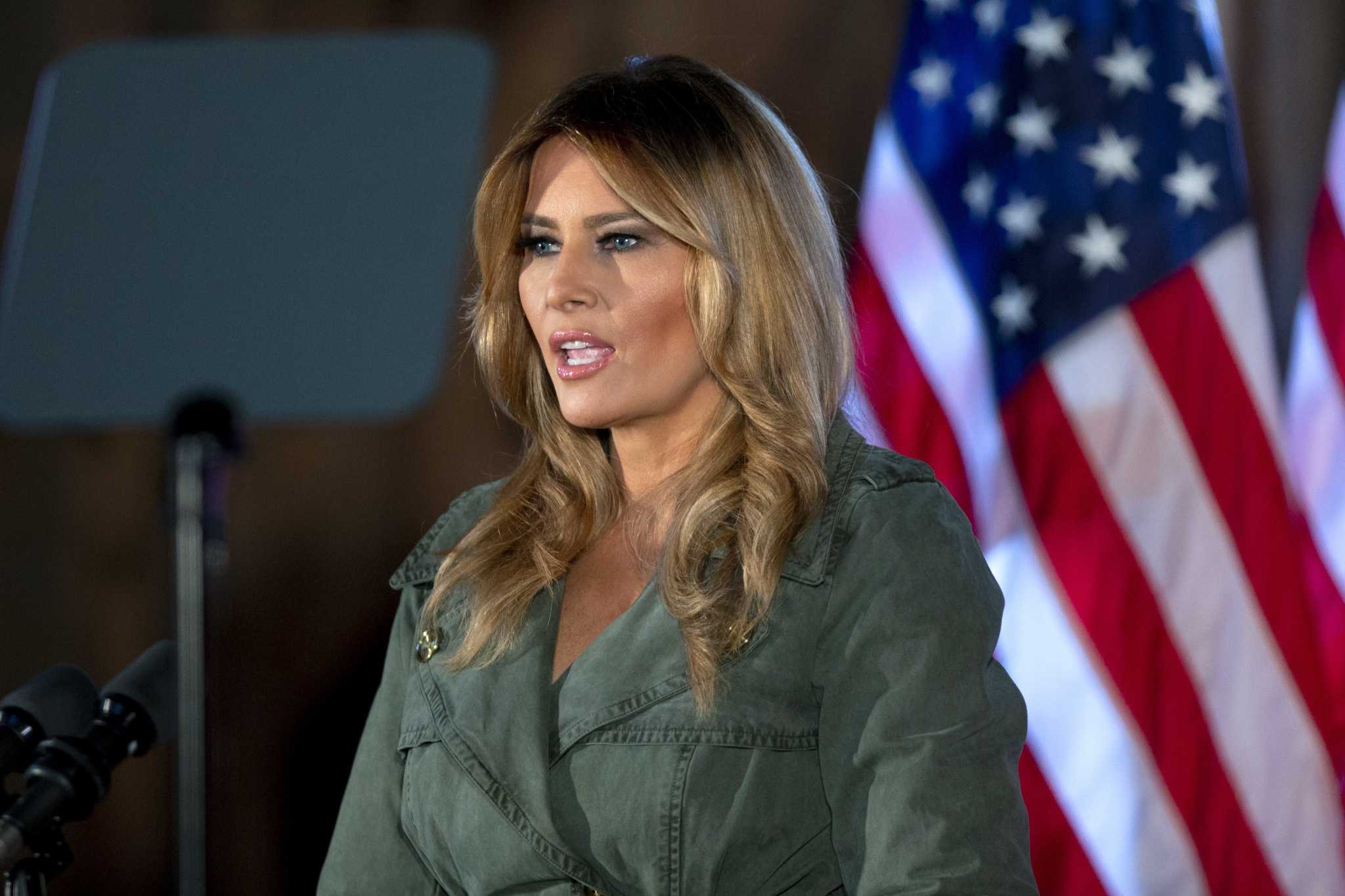 First Lady Melania Trump took center stage at the Pennsylvania Rally with a fiery speech that was a striking contrast to her usual, composed demeanor. Following suit of her husband’s campaign appearances, the FLOTUS slammed the Democrats for their “sham impeachment” and openly deflated Joe Biden’s socialist agenda.

An otherwise calm and quiet First Lady was seen delivering a power-packed speech, addressing a crowd of supporters in Atglen, Pa. on Tuesday evening. Apart from tearing down Biden’s socialist agenda, the first lady slammed Democrats for putting their “own agenda” ahead of the country’s well-being, by focusing on the President’s impeachment, when the nation had started to battle the coronavirus. “Let us also not forget what the Dems chose to focus on when the pandemic entered our country. The Dems were wasting American taxpayer dollars in a sham impeachment. They cared more about removing our elected president,” Melania said.

Moderated by former White House advisor Kellyanne Conway, the event went on to see the First Lady address Biden directly, saying “Joe Biden attacked Trump’s decision to close travel from China. He called it ‘xenophobic hysteria.’ Now he suggests that he could have done a better job…Well, the American people can look at Joe Biden’s 36 years in Congress and eight years in the V.P. and determine if he will be able to finally get something done for the American people.”

On a lighter note, Melania also touched upon the social media attacks on her husband. Claiming jovially that she doesn’t always agree with the way he says things on Twitter, she touted the fact that “For the first time in history, the citizens of this country hear directly from their president through social media…it is important to hear that he speaks directly to the people he serves.”

Trump also spoke about the Media bias against the President claiming that the media’s only intention was to spread “idle gossip and palace intrigue.” Lambasting the prominent media houses in the country, she went on to say, “When he decided to run for president as a Republican, the media created a different picture of my husband — one I didn’t recognize — and treated all his supporters with equal disdain. The media has chosen to focus on stories of idle gossip and palace intrigue by editorializing real events and policies with their own bias and agendas.”

“What drives the news are the handpicked, angry, and often baseless claims from anonymous sources or angry ex-employees who are only trying to distract from the important work happening inside the White House,” she said.

Lastly, coming to her personal portrayal in the media, Melania stressed upon the constant dehumanization she was subject to and said she’d rather the media focus on her Be Best initiative.

“For instance, my initiative, Be Best, has one main goal: helping children. Yet the media have chosen to take the attention away from children and focus on only the negative,” she said.