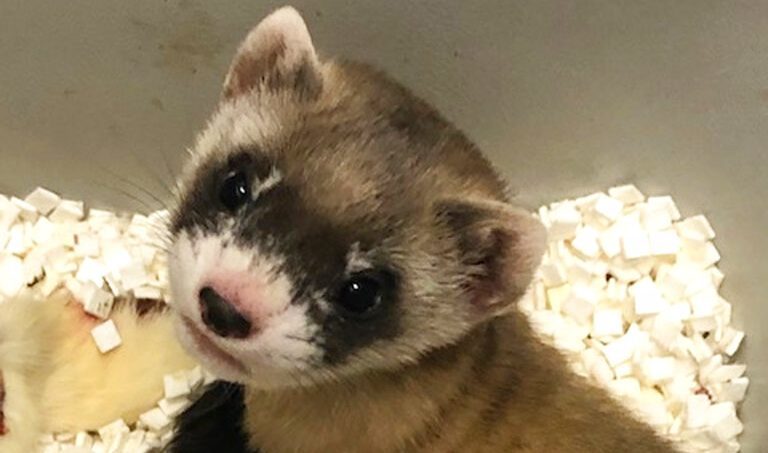 First Successful Clone of Endangered Ferret Announced in The US

Scientists in the United States have successfully cloned a black-footed ferret, which is the first endangered species to have been duplicated from the genes of an animal that died over 30 years ago. The announcement came last week, but the ferret, who has been named Elizabeth Ann was born Dec. 10, 2020.

Another marvel resulting from the advancement of science and technology, Elizabeth Ann, the endangered ferret, was born and is being raised at a Fish and Wildlife Service black-footed ferret breeding facility in Fort Collins, Colorado. She’s a genetic copy of a ferret named Willa who died in 1988 and whose remains were frozen in the early days of DNA technology.

“Biotechnology and genomic data can really make a difference on the ground with conservation efforts,” said Ben Novak, lead scientist with Revive & Restore, a biotechnology-focused conservation nonprofit that coordinated the ferret and horse clonings.

When Willa died, the Wyoming Game and Fish Department sent her tissues to a “frozen zoo” run by San Diego Zoo Global that maintains cells from more than 1,100 species and subspecies worldwide. Eventually, scientists may be able to modify those genes to help cloned animals survive. “With these cloning techniques, you can basically freeze time and regenerate those cells,” Gober said. “We’re far from it now as far as tinkering with the genome to confer any genetic resistance, but that’s a possibility in the future.”

Elizabeth Ann was born to a tame domestic ferret, which avoided putting a rare black-footed ferret at risk. Two unrelated domestic ferrets also were born by cesarian section; a second clone didn’t survive. Elizabeth Ann and future clones of Willa will form a new line of black-footed ferrets that will remain in Fort Collins for study. There currently are no plans to release them into the wild, said Gober.

Similarly, Texas-based Viagen, a company that clones pet cats for $35,000 and dogs for $50,000, cloned a Mongolian Przewalski’s wild horse,  which was born last summer at a Texas facility.