Alongside the group Germany’s Friends of Yad Vashem, the top five corporations made the decision to endorse the International Holocaust Remembrance Alliance (IHRA) Working Definition of Antisemitism, which has been adopted by Germany and 23 other European countries. As a conscious means to combat and locate instances of antisemitism in today’s day and age. 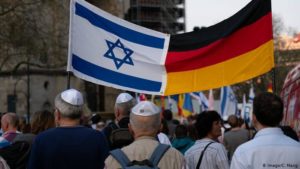 “We are acutely aware of our historical responsibility and are resolutely committed to a society and a future without hate and extremism,” said Deutsche Bahn CEO Richard Lutz in a statement. “With this joint declaration we express our solidarity with those confronted with antisemitism and we clearly commit to a Germany that is open to the world, tolerant and diverse, free of antisemitism and racism.”

On Tuesday, the four corporations, along with the sports club Borussia Dortmund, which runs a soccer team in the German state of North Rhine-Westphalia — released an online ceremony that included the antisemitism declaration, footage of a wreath-laying event, and comments from employees. “Antisemitism and racism have no place in our society. It is our responsibility and duty, as individuals and as a company, to take a clear stand against hatred and incitement,” said Ola Källenius, chairman of the Daimler board, in the Tuesday statement. 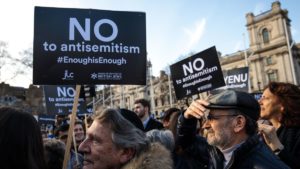 “Crises often awaken the best in people, but sometimes also the worst. It is up to us to keep history and its lessons alive,” said the chairman of Deutsche Bank’s supervisory board, Paul Achleitner.

Leading Jewish groups applauded the decision to endorse the Working Definition. “They are telling their employees worldwide, as well as their customers, that antisemitism has no place in their organizations,” said Dr. Remko Leemhuis, Director of AJC Berlin. “We look to many more companies and organizations taking similar action.” The American Jewish Organization also lauded the move as a step towards the right direction, calling it a “clear signal”.