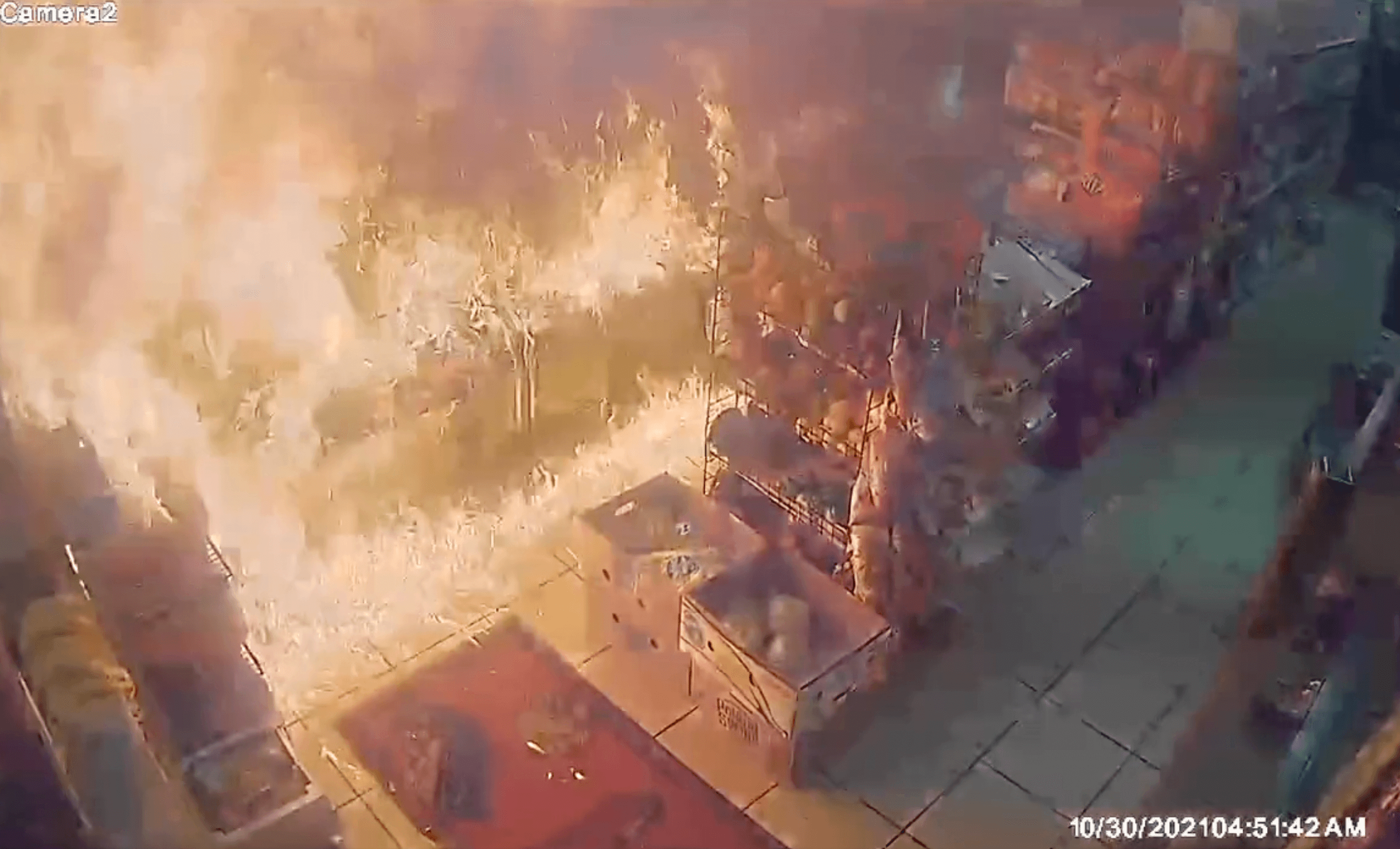 Brooklyn District Attorney Eric Gonzalez today announced that a Flatbush man has been arraigned on an indictment in which he is charged with arson, attempted murder and aggravated harassment for throwing a Molotov cocktail into a Bedford-Stuyvesant deli, attempting to throw a second Molotov cocktail and stabbing a deli worker who chased the defendant as he fled the scene.

District Attorney Gonzalez said, “Thankfully, this frightening attack did not lead to more serious injuries, but this kind of lawlessness is dangerous and requires an appropriate law enforcement response. We will now seek to bring this defendant to justice and hold him accountable.”

The District Attorney identified the defendant as Joel Mangal, 38, of Brooklyn, New York. He was arraigned today before Brooklyn Supreme Court Justice Dineen Riviezzo on a 29-count indictment in which he is charged with first-degree attempted murder, first-degree arson, first-degree criminal possession of a weapon, second-degree aggravated harassment, second-degree assault and related charges. He was ordered held on bail of $500,000 cash or $1,000,000 bond and to return to court on January 27, 2022.

The District Attorney said that, according to the investigation, on October 30, 2021 at approximately 6:40 a.m., the defendant allegedly threatened to kill two employees at a deli located at 496 Nostrand Avenue in Bedford-Stuyvesant and threatened to burn the building down. He then allegedly picked up an apple from the store and threw it in the direction of one employee, breaking a television screen.

Furthermore, it is alleged, at approximately 7:50 a.m., on October 30, 2021, the defendant allegedly stood outside of the deli and threw a Molotov cocktail inside the deli, which exploded into a fireball on impact and engulfed the deli counter and caused portions of the cashier counter to go up in flames, forcing two employees to jump through the flames to get to safety. One of the victim’s foot and arm caught fire.