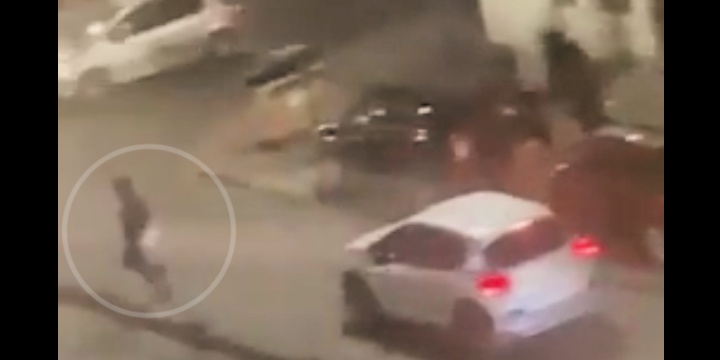 Fleeing From A Brutal Antisemitic Attack, Man Fatally Struck By Tram In Paris

In another shocking incident of antisemitism, a young Jewish man in Paris was killed by a passing tram while fleeing a violent assault that his family insists was motivated by antisemitism.

According to the investigation that has been opened by the French authorities, the victim, 31-year-old Jérémy Cohen, lost his life on Feb. 17 after being struck by a moving tram in the Paris suburb of Bobigny.

A tragic video of the incident posted to social media over the weekend shows an individual fleeing from a violent attack by at least a dozen gang members, before running into the street where he was knocked down and killed by an oncoming tram. This being said, the angle of the video is too distant to ascertain whether Cohen, who also suffered from developmental difficulties, was wearing the kippah that normally adorned his head at the time of the attack.

The charge that Cohen was the victim of an antisemitic gang was leveled by his two brothers during an interview with Jewish broadcaster Radio Shalom last week. Frustrated by a lack of media and police concern with the case, they began their own investigation into their brother’s death, distributing flyers requesting information in mailboxes throughout the surrounding neighborhood.

Cohen’s brother Raphael stated on Radio Shalom that a white kippah was discovered at the scene following Cohen’s death, and that this may well have been the trigger for the assault. But, according to the police, no evidence has yet emerged to support the contention that Cohen was the victim of an antisemitic attack.