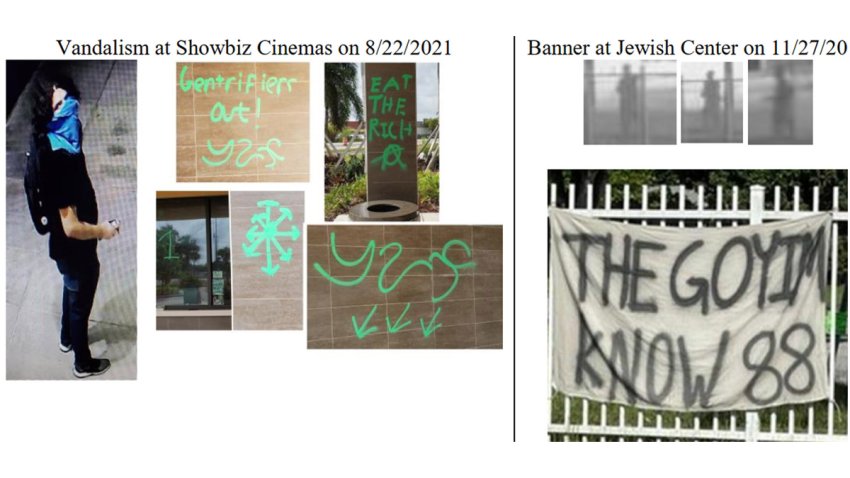 Florida Police In Search of Suspect Who Vandalised Jewish Center

Recently, a vandal was seen hanging an antisemitic sign outside a Jewish community center in Florida.

Law enforcement officials in Florida are on the lookout for a suspect who hung an antisemitic banner on the fence outside the Homestead Jewish Center early last Saturday morning — the Jewish Sabbath. The handwritten text on the banner declared “The Goyim Know” alongside the numerals “88” — code in neo-Nazi circles for the greeting “Heil Hitler.”

The police department in the city of Homestead, which lies in Miami-Dade County, on Thursday released photos of the suspect, who was also wanted in connection with a burglary attempt on a store in Homestead in May this year, as well for the vandalizing of a local movie theater in August with the slogans “Gentrifiers Out” and “Eat the Rich.”

In reaction to the incident, local Jewish groups condemned the vandalism of the Jewish Center in Homestead. In a joint statement, the Greater Miami Jewish Federation, the Jewish Community Relations Council (JCRC), and the Anti-Defamation League (ADL) said they were “appalled and outraged” by the banner’s brazen display. “The Jewish community will not be intimidated by such blatant attempts to frighten us into hiding our identity,” Jacob Solomon, Greater Miami Jewish Federation President and CEO, said. “We have always been and will continue to be proudly and outwardly Jewish.”