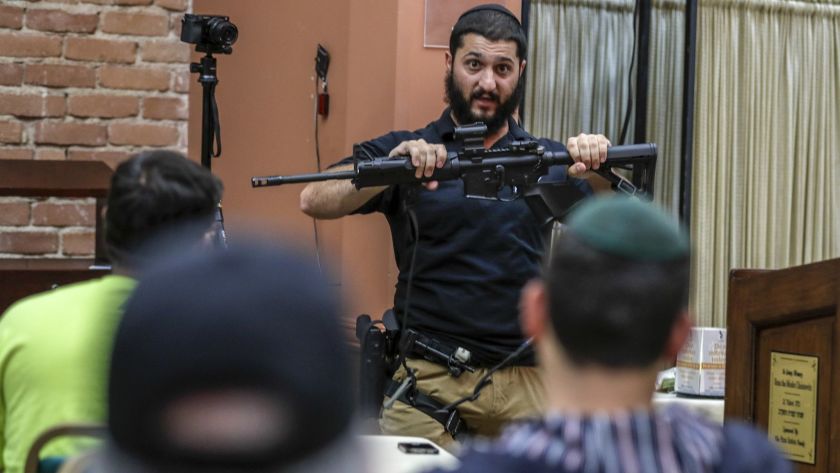 No, Rabbi Raziel Cohen does not want you to engage in violence in the Synagogue but instead wants your safety to be a priority if the need of drawing a gun in self-defense arises.

Without having a hard time in unbuttoning your Kapota to yield a weapon of self-defense, Rabbi Cohen, who goes by the sobriquet “The Tactical Rabbi”, has now designed a “Tactical Kapota” that costs $550 and can be closed with snaps instead of buttons for easy opening. By adding snaps underneath the buttons, the Tactical Kapota looks like a regular jacket.

Working with Shaul Snovsky, who sells kapotas in South Florida, Rabbi Cohen said “The issue came up with when you wear a kapota … the ‘gartel’ gets in the way and the kapota gets in the way and it can make it dangerous to draw your weapon. Usually, in a shul we try to keep a low profile, we don’t want to look like we’re in a war zone.”

Meanwhile, Snovsky, who was met with joking reactions from people, said, “I’m not selling fear over here, I’m selling awareness. Some people are calling me and saying is it a joke, and it’s not a joke. You just never thought about it.”

In a video ad promoting the product, a man studying in synagogue witnesses a sudden attack, but alas,  fumbles to unbutton his kapota to reach his holstered gun until the words “every second counts” flash across the screen.

The video then shows the man unsnapping the Tactical Kapota in seconds before drawing his gun.