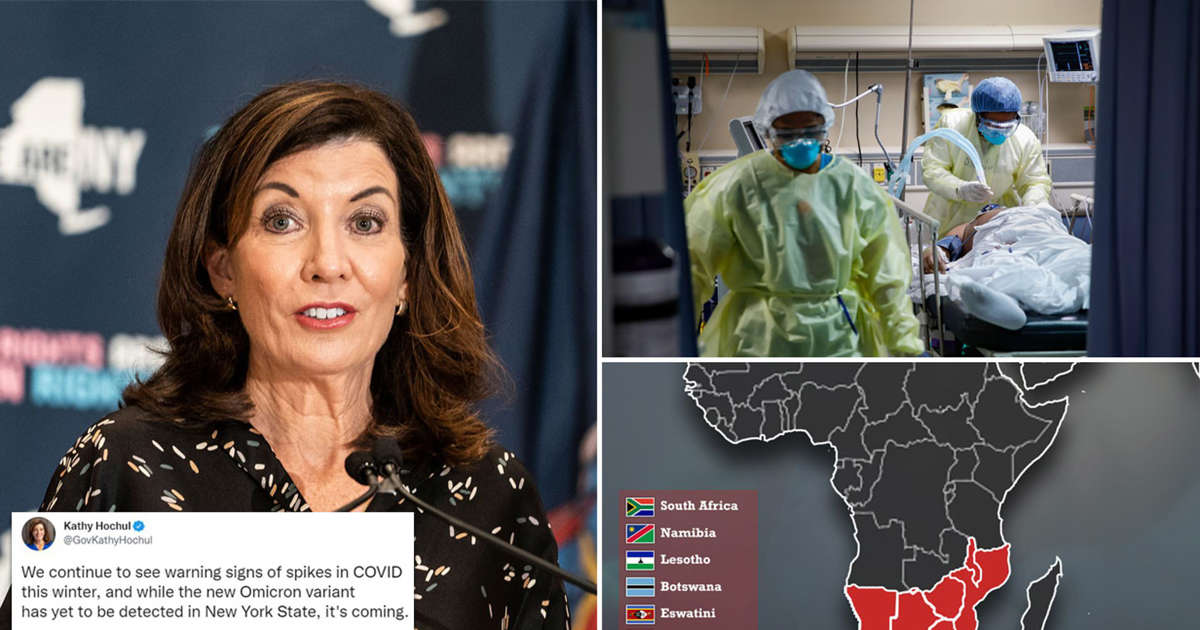 In response to the newly found and fast-spreading Omicron variant, on Sunday, Governor Kathy Hochul declared a state of emergency, especially since the spread of infections in the winters is more likely.

Set to go into effect starting December 3rd, the emergency declaration will increase New York’s level of preparedness to tackle the potential spread of the virus. It will allow the state to acquire pandemic-fighting supplies, increase hospital capacity and fight potential staffing shortages. It would also allow the state Health Department to limit non-essential and non-urgent procedures at hospitals.

Just hours after Hochul’s office had mentioned that the state would closely monitor the Omicron variant-which contains around 50 concerning mutations from the original SARS CoV-2 virus that appeared in China in 2019- Hochul declared a state of emergency.

“We continue to see warning signs of spikes this upcoming winter, and while the new Omicron variant has yet to be detected in New York State, it’s coming,” Hochul said. Meanwhile, maintaining that the only way to combat severe infections is by means of taking the jab, Hochul asserted that, “the vaccine remains one of our greatest weapons in fighting the pandemic, and I encourage every New Yorker to get vaccinated and get the booster if you’re fully vaccinated.”