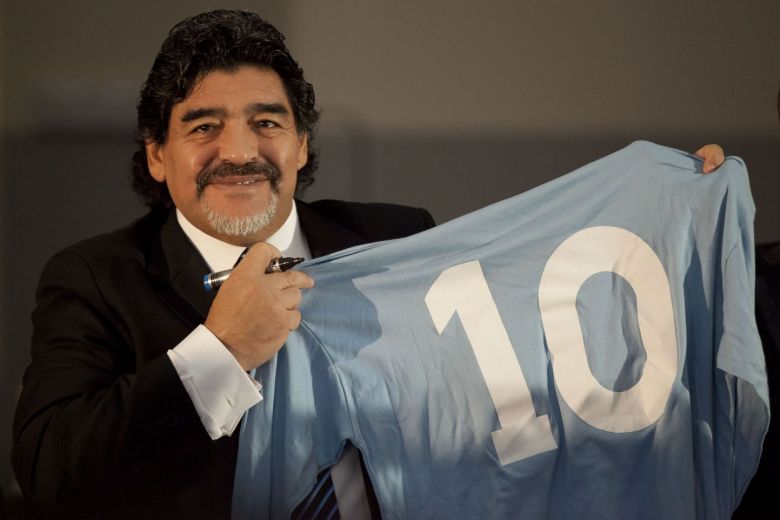 Argentinian football legend Diego Maradona breathed his final breaths at his home in Tigre, Buenos Aires after suffering a cardiac arrest, just two weeks after he underwent surgery for a blood clot in his brain. In remembrance, thousands of mourners poured onto the streets of Buenos Aires and Naples in Italy to honor Maradona for the star that he was.

Known for leading Argentina to a smashing 1986 World Cup title, Maradona was one of the most revered footballers in the ’90s and was known for the infamous ‘Hand of God’ goal and the ‘Goal of the Century.’ Renowned for his breathtaking playing ability, along with Brazil’s Pele, Maradona was known as one of the greatest footballers of all time. In Argentina, he was worshipped as ‘El Dios’ – The God – partly a play on words on his number 10 shirt, ‘El Diez.’

Turning 60 on the 30th of October, Maradonna had seen several controversies during his career, but made a smashing comeback in 2008 as coach of the Argentina team, persuading managers that with sheer charisma he could inspire the team to victory, despite a lack of coaching experience.

On Wednesday morning, Maradona complained that he felt cold, and told his nephew that he wasn’t feeling too well, and said he would want to go back to bed.  Shortly before noon a nurse discovered Maradona and phoned for help but he was dead before paramedics could arrive.

Following the legend’s death, three days of national mourning have been declared by the Argentinian president Alberto Fernandez. The leader tweeted, “You took us to the top of the world. You made us immensely happy. You were the greatest of all. Thanks for having existed, Diego. We will miss you for a lifetime.”

Portugal’s superstar footballer Christiano Ronaldo also took to Twitter to say, “Today I say goodbye to a friend and the world says goodbye to an eternal genius. One of the best ever. An unparalleled magician. He leaves too soon but leaves a legacy without limits and a void that will never be filled. Rest in peace, ace. You will never be forgotten.”

Meanwhile, Lionel Messi posted on Instagram, saying “A very sad day for all Argentines and football. leaves us but he doesn’t leave, because Diego is eternal. I take the cute moments lived with him and wanted to take an opportunity to send condolences to all his family and friends. RIP.”

Maradona is survived by five children, including his daughters Dalma, 33, and Ganina, 31, by his first and only wife Claudia Villafane, 58, to whom he was married from 1984 to 2004.