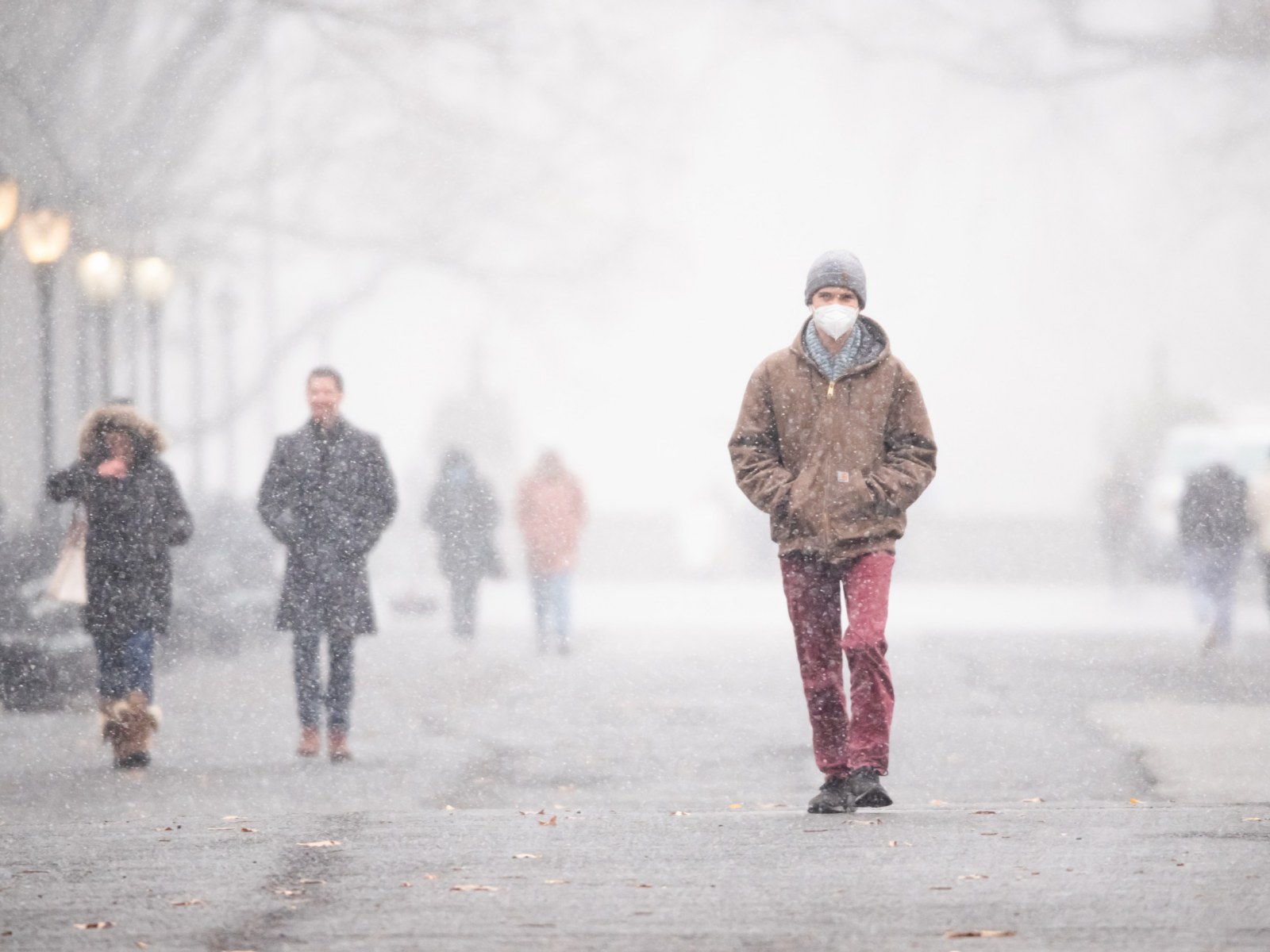 Forecasters Warn Of Another Snowstorm In NY This Week

Forecasters warned Monday that the Empire State may not be relieved of its share of snowstorms this week, with predictions of another storm that could dump up to a foot of snow, as temperatures lower down through the weekend.

After two massive storms dumped piles of snow across the city last week, forecasters said on Monday that a dusting is expected today morning, and a more “potent” storm beginning late Thursday and likely continuing through Friday could bring between 6 and 12 inches in the city.

According to AccuWeather, a stormy corridor will set up across the Midwest and Northeast this week and beyond, creating more opportunities for snow from Chicago to the Big Apple, forecasters warn. The storm is fueled by a phenomenon that meteorologists call a “displacement” of the polar vortex, which is sending bitterly cold Arctic air southward into the US.

“The story is we’ve got a busy weather pattern,” AccuWeather Chief Broadcast Meteorologist Bernie Rayno said. “Never, ever, ever trust a split flow,” Rayno said, pointing to a strong northern jet stream and a weaker southern jet stream on the weather map. “Our storm systems are not going to be strong,” he explained, but he added that they will be able to tap into a major temperature contrast set up across the country in order to produce heavy precipitation.

According to the forecast, temperatures on Thursday will sit around the upper 20s, with similar temperatures expected Friday and over the weekend. As it stands, Including Sunday’s snowfall, a total of 32.5 inches fell in the city so far this season, which is four more than the seasonal average of 28.5, according to AccuWeather. This season’s total is already more than 6 times last year’s count, which is at a measly 4.8 inches.

Experts predict that the northeast and midwest are both likely to see “more or less a continuation of winter through the month of March,” according to AccuWeather senior meteorologist Dave Samuhel. He explained, “High temperatures in Nebraska and Iowa will barely make it above 10 F this week. Meanwhile, it will be in the 70s and 80s along the Gulf Coast. This sharp temperature gradient is likely to trigger the development of this next storm later this week.”