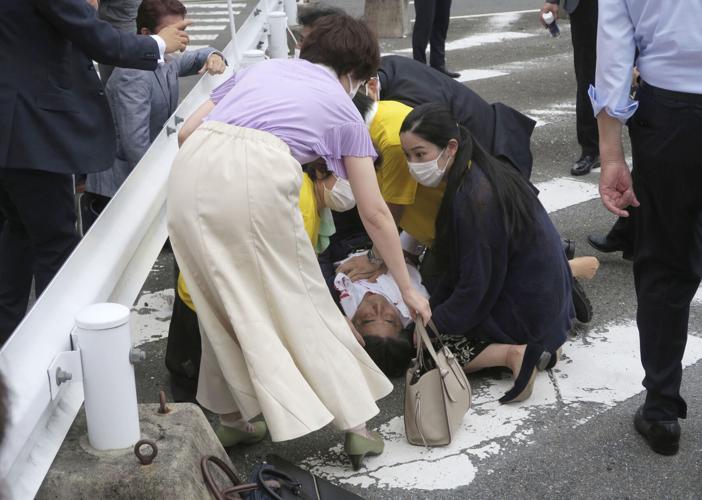 While delivering a speech in the Japanese city of Nara, Former Prime Minister Shizo Abe was shot near the neck and suffered heart failure due to the impact.

Shot during a campaign speech on Friday, NHK public television aired footage showing Abe collapsed on the street, with several security guards running toward him. Abe was holding his chest when he collapsed, with his shirt smeared with blood. NHK says Abe was rushed to a hospital. A little later, reports confirmed that Abe was showing no vital signs and was in a state of cardio-respiratory arrest.

Police arrested a male suspect at the scene on suspicion of attempted murder. Witnesses have claimed that Shinzo Abe was shot twice, the first caused him to fall backward, and the second shot, made him fall to the ground. After shooting, the attacker didn’t flee, he simply stood there.

The former PM was seen standing while making an election campaign speech ahead of Sunday’s election for the parliament’s upper house. Abe served two terms as prime minister to become Japan’s longest-serving premier before stepping down in 2020 citing ill health. But he has remained a dominant presence over the ruling Liberal Democratic party (LDP) party, controlling one of its major factions.