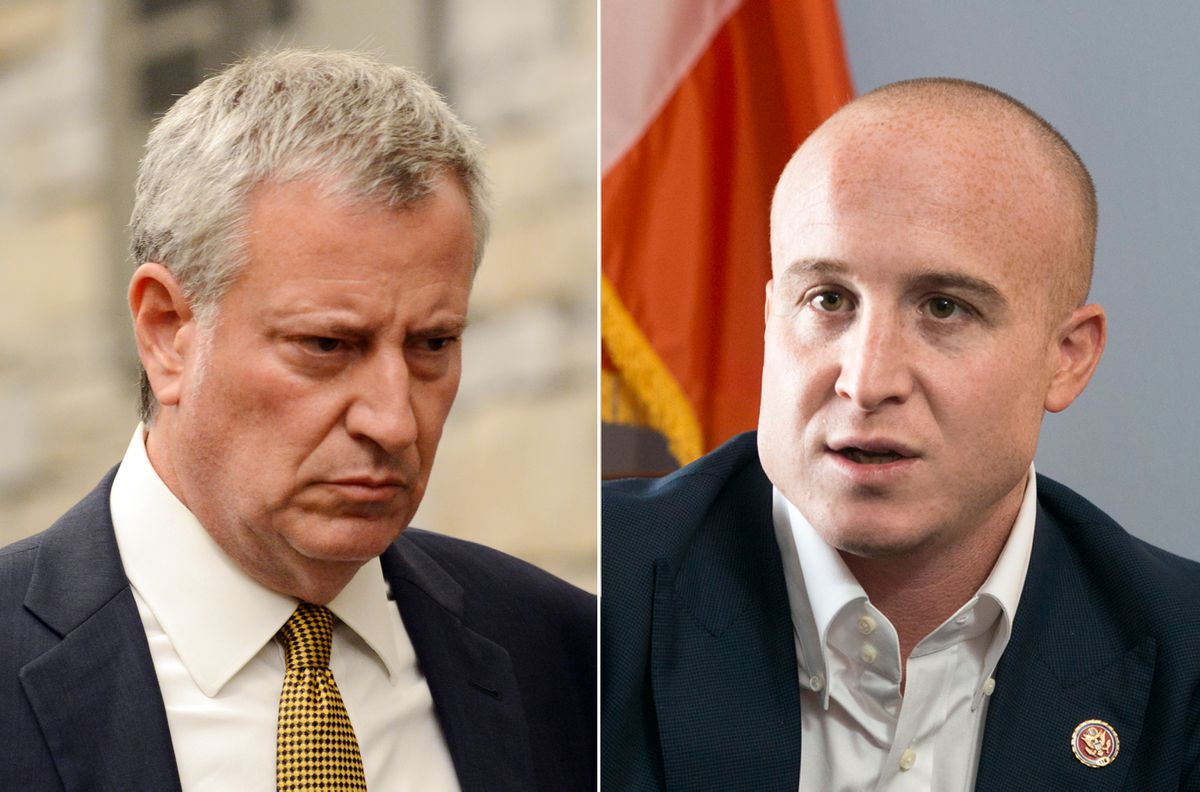 With the newly redrawn 11th Congressional District Seat giving Former Mayor Bill de Blasio new hope for a political next step, former Rep. Max Rose might have new competition other than the simple rematch he was seeking of the 2020 race lost to US Rep. Nicole Malliotakis (R-Staten Island, Brooklyn).

While de Blasio was previously unable to mount a bid for governor, the newly redrawn 11th congressional district seat appears to be a fresh opportunity for reviving his political aspirations.

Malliotakis’ district covers Staten Island (Republican) and part of southern Brooklyn. It is set to be redrawn to take in more heavily Democratic Brooklyn neighborhoods, including Park Slope, where de Blasio lives.

Rose was elected to Congress in 2018, serving one term before losing his seat to Nicole Malliotakis. A 35-year old Afghan war veteran awarded a Bronze Star and Purple Heart for his service, Rose says he is focused on fighting back against corruption in Washington and public health related to COVID-19 and the opioid crisis. He also wants to help small businesses having a hard time and combat child care and health care concerns.

Rose was very active in re-opening hospitals by COVID during the pandemic by taking the lead on the Compassionate Companion Volunteer Program. This is a program to help connect hospitalized patients with loved ones, provide companionship for patients without family, and bridge language gaps between patients and health care providers.

Rose was the first member of Congress to sign the letter asking Donald Trump to pardon Shalom Weiss. He has demonstrated pro-Israel efforts, including his support of the Abraham Accords and the normalization of ties between Israel and the UAE. Rose demonstrated this via his resolution introduced in the House in October of 2020, voicing support for establishing diplomatic relations between Israel and the two Gulf states and calls on other Arab and Muslim countries to establish full relations with Israel.

The redistricting plan by Democrats in the state Legislature could be approved and signed into law by Governor Kathy Hochul by Wednesday evening.