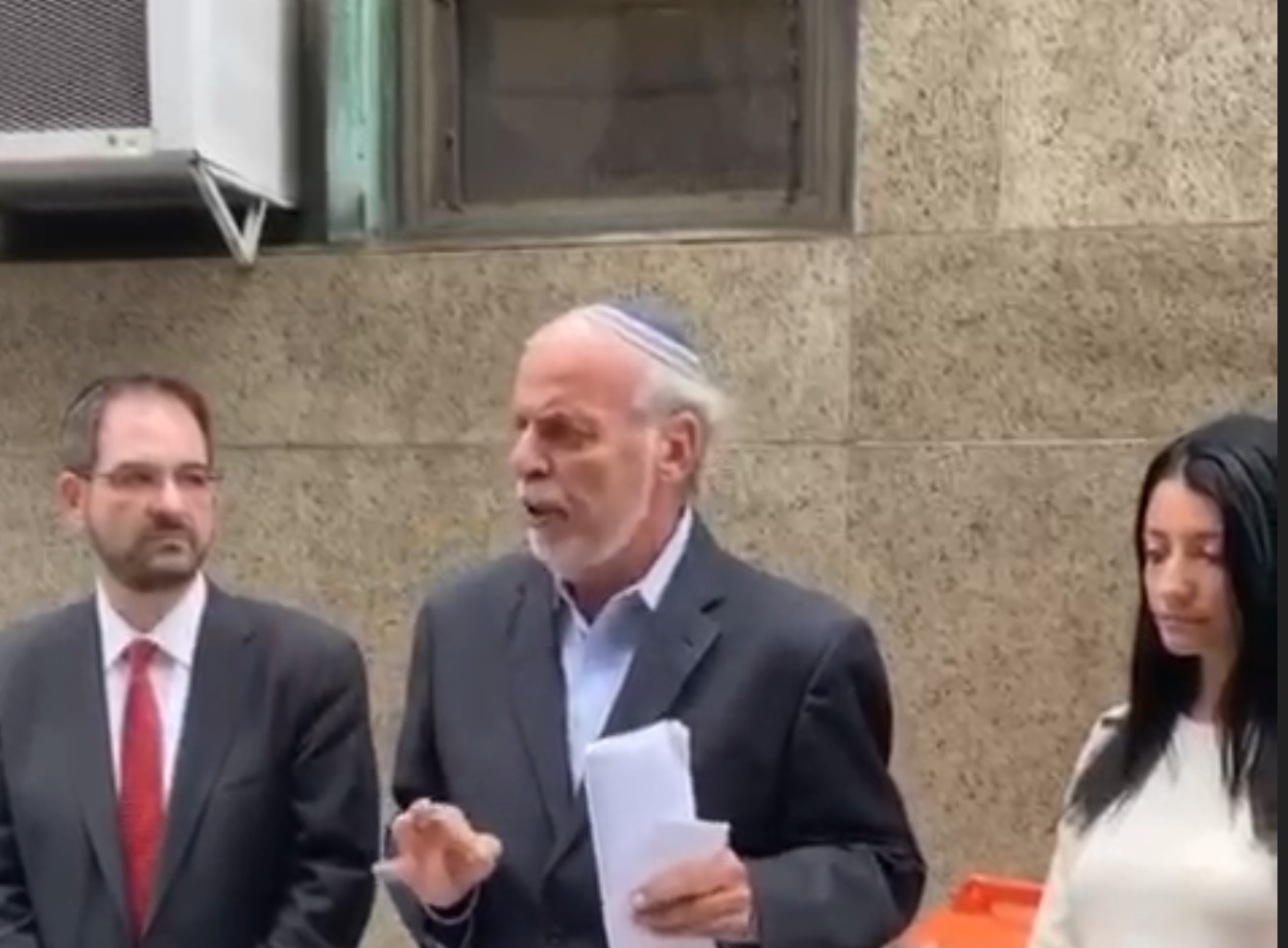 Making a strong statement for the Jewish community in the Big Apple, former NYS assemblyman and founder of Americans Against Antisemitism- Dov Hikind- held a press conference on Tuesday at the office of Manhattan DA Alvin Bragg and released an in-depth report on the state of anti-Jewish hate crimes and prosecutions in NYC that clearly demonstrates violent Jew-haters needn’t fear the law.

The study by researchers at Americans Against Antisemitism has revealed a bleak picture and a pattern of willful neglect on the part of New York City district attorneys who’ve consistently failed to apply the law to violent criminals, with only a handful of more than a hundred individuals who’ve been arrested facing any serious consequences.

Since 2018, NYC DAs have secured just a single conviction for anti-Jewish hate crimes, as most assailants either had their aggravated criminal charges removed, charges dropped entirely, criminal records disappear, or were offered plea deals that involved no prison time, despite the violent and hateful nature of their attacks.

“We’ve known anecdotally that nothing is being done about violent attacks on Jews in NYC, but now we have the data that confirms our worst fears and suspicions,” said Dov Hikind at the press conference. “Prosecutors have signaled it’s open season on Jews and unless murder is committed, hate criminals can continue attacking Jews with impunity. That’s obviously unacceptable and we sure as hell won’t be silent about it now that the record of prosecutorial negligence is abundantly clear.”

Joined by other NYC Council Members, Joe Borelli, a minority leader of the NYC Council said, “The failure to prosecute anti-Semitic hate crimes is, unfortunately, part of a broader problem of criminals in this city facing virtually no consequences for their actions. We can talk about tolerance and inclusivity and anti-bias training until we are blue in the face, but the only effective way to deter hate crimes is to ensure that hateful people who attack Jews in our city are caught and punished.”