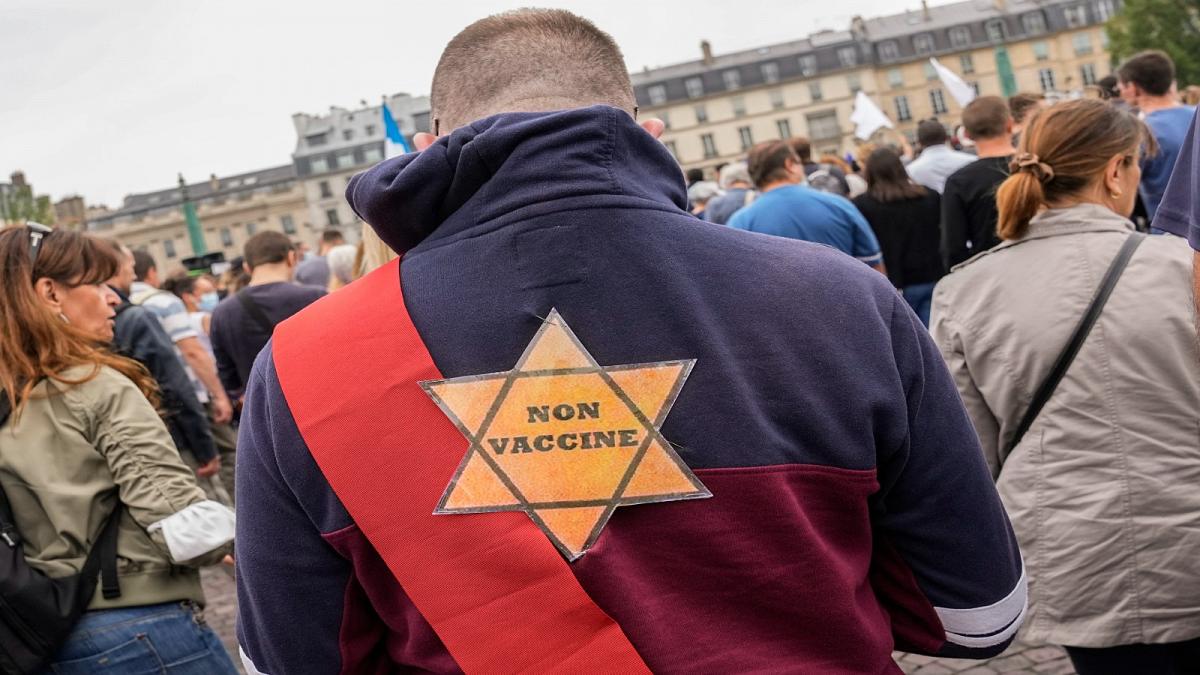 Anti-Vaccine protesters in France were slammed for comparing themselves to Jews who were persecuted by Nazi Germany during World War II. Expressing disgust with this notion was 94-year-old Holocaust survivor Joseph Szwarc, who was joined by French officials and anti-racism groups.

On Saturday, more than 100,000 people marched around France against government vaccine rules. Some demonstrators wore yellow stars, similar to the ones the Nazis forced Jews to wear during the holocaust. Other demonstrators carried signs evoking the Auschwitz death camp or South Africa’s apartheid regime, claiming the French government was unfairly mistreating them with its anti-pandemic measures.

Reacting to this wildly insensitive display of discontent against the government, Holocaust survivor Joseph Szwarc said Sunday during a ceremony commemorating victims of antisemitic and racist acts by the French state, “You can’t imagine how much that upset me. This comparison is hateful. We must all rise up against this ignominy. I wore the star, I know what that is, I still have it in my flesh. It is everyone’s duty to not allow this outrageous, antisemitic, racist wave to pass over us.”

In support of the Jewish community, French government spokesman Gabriel Attal slammed the “absolutely abject comparisons” of vaccine rules to Nazi atrocities, and he urged other political leaders to speak out. The International League against Racism and Anti-Semitism said the protesters were “mocking victims of the Holocaust” and minimizing crimes against humanity committed during World War II.