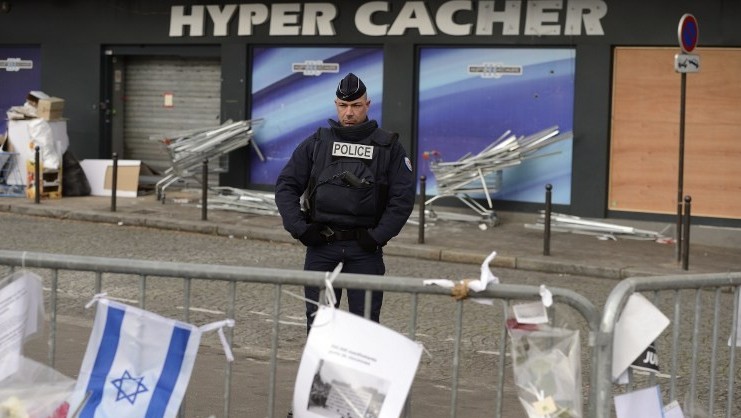 On Wednesday, a court in Paris deemed guilty 14 accomplices among which were the 4 attackers behind the January 2015 attacks on the French Charlie Hebdo satirical magazine and a Jewish supermarket in Paris. Among the 14 was Hayat Boumeddiene, former partner of Amedy Coulibaly who killed a policewoman and then four people in a Jewish supermarket. The three attackers had links with al-Qaeda and ISIL and were shot dead by police in separate standoffs.

According to Le Monde, in addition to Ali Riza Polat, a 35-year-old French citizen of Turkish descent, three others on trial since September for the attacks were convicted Wednesday of the lesser offense of being a part of a terrorist enterprise. They have yet to be sentenced but may spend more than 10 years behind bars.

One of the three suspects to be tried, Boumeddiene was found guilty of financing “terrorism” and belonging to a criminal “terrorist” network. She is thought to be alive and on the run from an international arrest warrant in Syria, where she joined ISIL (ISIS).

Furthermore, brothers Said and Cherif Kouachi carried out the attack on Charlie Hebdo and were killed there after murdering 12 people. Their partner, Amedy Coulibaly, killed four at the kosher store two days later before he was shot dead by police. Coulibaly also killed a police officer.

The accomplices were found guilty on different charges, ranging from membership of a criminal network to complicity in the attacks. Terrorism-related charges were dropped for several of the defendants who were found guilty of lesser crimes, and sentencing will be underway soon. Another six defendants were convicted of belonging to a criminal enterprise without the aggravated element of terrorism.

The 2015 attacks were deemed one of the most brutal of their kind in France. The three-day-long attacks in Paris began on January 7, 2015, with the killing of 12 people at the offices of Charlie Hebdo, which had published cartoons of the Prophet Muhammad. The assault at the weekly satirical magazine was followed by the shooting of a French policewoman on January 8, and an attack on the Hyper Cacher kosher supermarket, in the south of Paris, a day later.