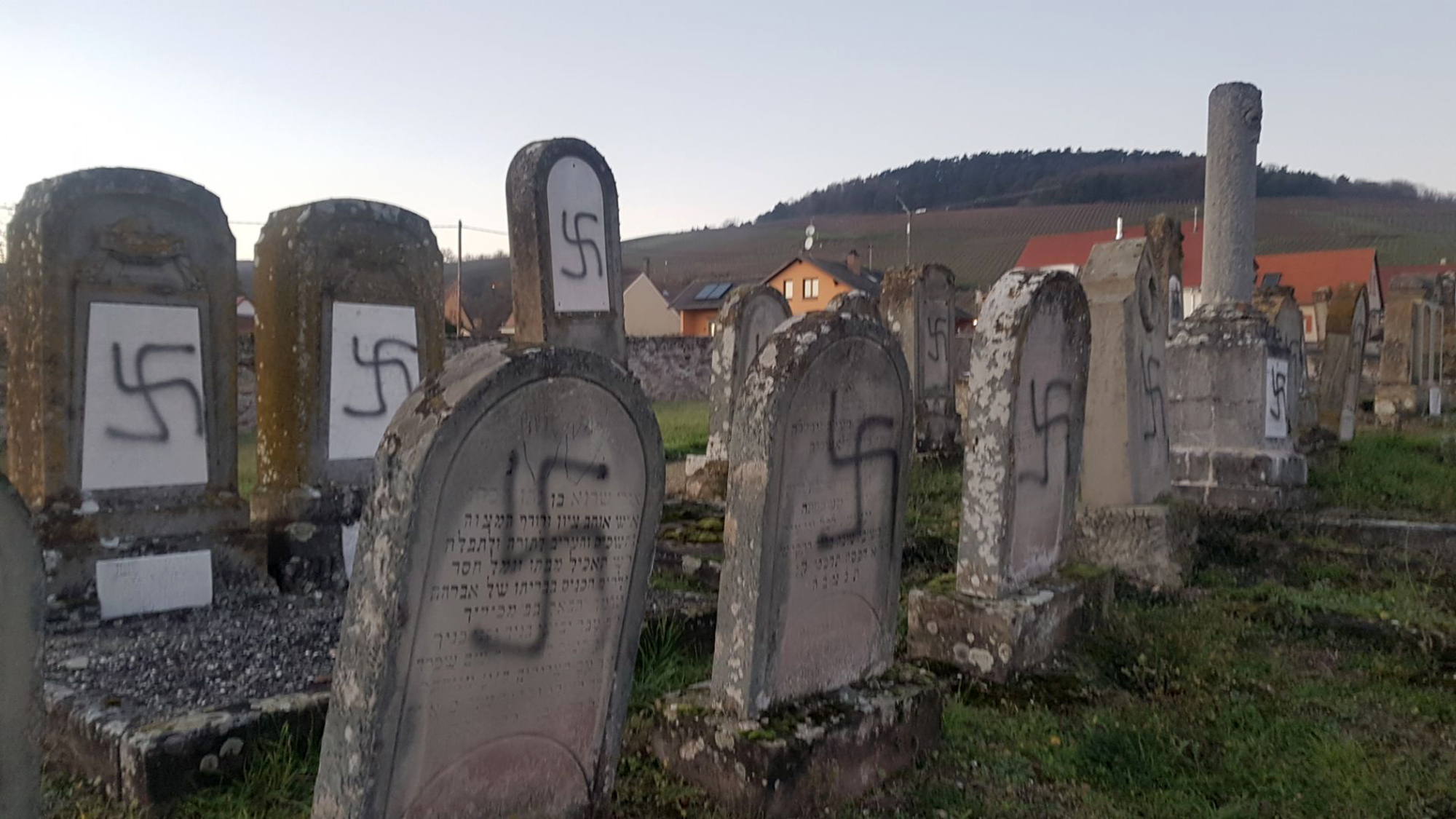 In a seemingly odd act of vandalism, dozens of tombstones at a graveyard in the French town of Fontainebleau were defaced with swastikas, the twist being- Jewish gravestones were spared. The incident was confirmed by the town’s mayor said on Monday, as an investigation is now underway.

Explaining the kind of vandalism that took place in the town, Fontainebleau’s mayor Frederic Valletoux told AFP. “Sixty-seven old or more recent gravestones were vandalized with swastikas in pink, white, and silver.” Although the act may seem anti-semitic, the twist, in this case, is that the Swastikas were skipped, rather intentionally, from Jewish tombstones. The town’s Jewish cemetery which is situated next to the main cemetery was found untouched. Famous for a royal palace that served as a country retreat for monarchs from Louis VII through to Napoleon III, as well the surrounding forest that was their hunting ground, Fontainebleau is situated about 60 kilometers south-east of Paris.

The words “Biobananas” and “Charles” were found inscribed on some of the graves but there was no sign of anti-Semitic graffiti, Valletoux added. Home to Europe’s biggest Jewish community, France has been seeing several similar anti-semitic incidences that have been on the rise for the past few years. The incident is the latest to target cemeteries in France, where Jewish gravestones have regularly been targeted by vandals.

In France, expressions of antisemitism were seen to rise during the Six-Day War of 1967 and the French anti-Zionist campaign of the 1970s and 1980s. Following the electoral successes achieved by the extreme right-wing National Front and an increasing denial of the Holocaust among some persons in the 1990s, surveys showed an increase in stereotypical antisemitic beliefs among the general French population.

At the beginning of the 21st century, antisemitism in France rose sharply during the unrest of the Second Intifada in Israel and the Palestinian territories, as it did in other European nations. In addition, a significant proportion of the second-generation Muslim immigrant population in France began to identify with the Palestinian cause, with some also identifying with radical Islamism. In the early 2000s, a critical debate on the nature of antisemitism in France accompanied denunciation of it in relation to the situation in the Middle East and to Islam. Divisions developed among anti-racist groups.

In response to this rising intolerance, several French Jewish citizens migrated back to Israel, and the trend is more than visible since 2018.