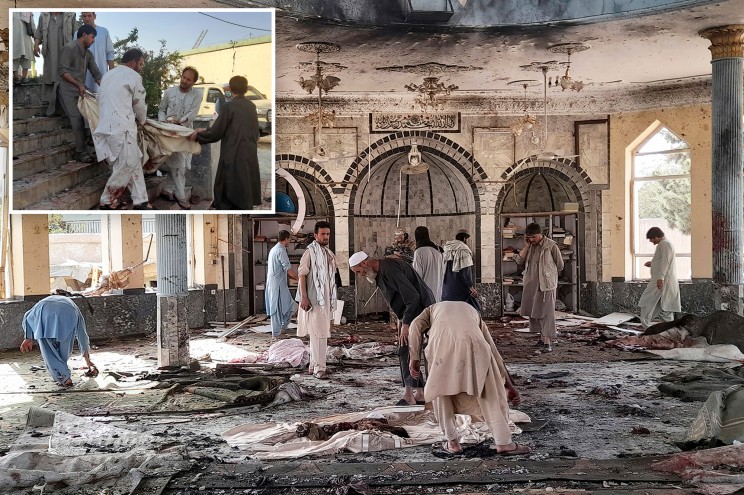 An estimated 100 Afghan mosque worshippers were killed and several others wounded due to a powerful explosion inside a Shiite mosque in the northern Afghan city of Kunduz during Friday prayers.

Taliban police official Dost Mohammad Obaida revealed most of those killed were praying inside the Gozar-e-Sayed Abad Mosque.

No one has yet claimed responsibility for the terrorist activity, but ISIS militants have a long history of attacking the country’s Shiite Muslim minority.

As of late, Kabul has been rocked with bombing incidents which is reportedly the handiwork of a local Islamic State affiliate, known as ISIS-K.

ISIS-K claimed responsibility for the deadly Aug. 26 bombing that killed at least 169 Afghans and 13 American troops outside the Kabul airport in the final days of the chaotic US pullout.