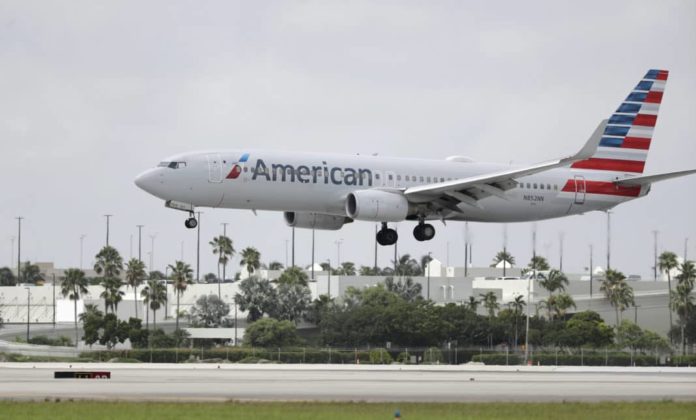 A frum couple has filed a civil suit against American Airlines after they were kicked off their flight after they refuse to desecrate a pair of Tefillin in August.

In their lawsuit, the couple Menachem (aka Roberto) and Elana Birman said the flight crew also humiliated them when they refuse to place a pair of tefillin on the floor.

The couple who have been married 52 years and have four kids said they were flying home from Miami on American Airlines when the incident occurred.

They added that the zekel was relatively small, and held his tefillin, tallis, and a siddur.

They said before takeoff, a stewardess checked the overhead compartments, pulled out the tefillin bag, and asked whom it belonged to.

Menachem told her it was hit without provocation she allegedly threw it on his lap and demanded that he place it under his seat.

He replied, “It’s a religious item, it cannot go under the seat.” He then removed a baseball cap, showing his yarmulka, and explained that it’s prohibited to place tefillin on the floor.

The flight attendant did not care, and allegedly screamed and pointed at Menachem.

“I couldn’t believe this was happening to me in America,” Menachem said.

“We use these items every single day to pray,” Menachem added.

Moreover, they said that the pilot came over but he did not speak to them.

They were then escorted off the flight, and as soon as they were ushered out, one crew member allegedly said, “Close the gate!”

It was further learned that they were forced off the plane without Menachem’s diabetes medicines, which were still in their luggage.