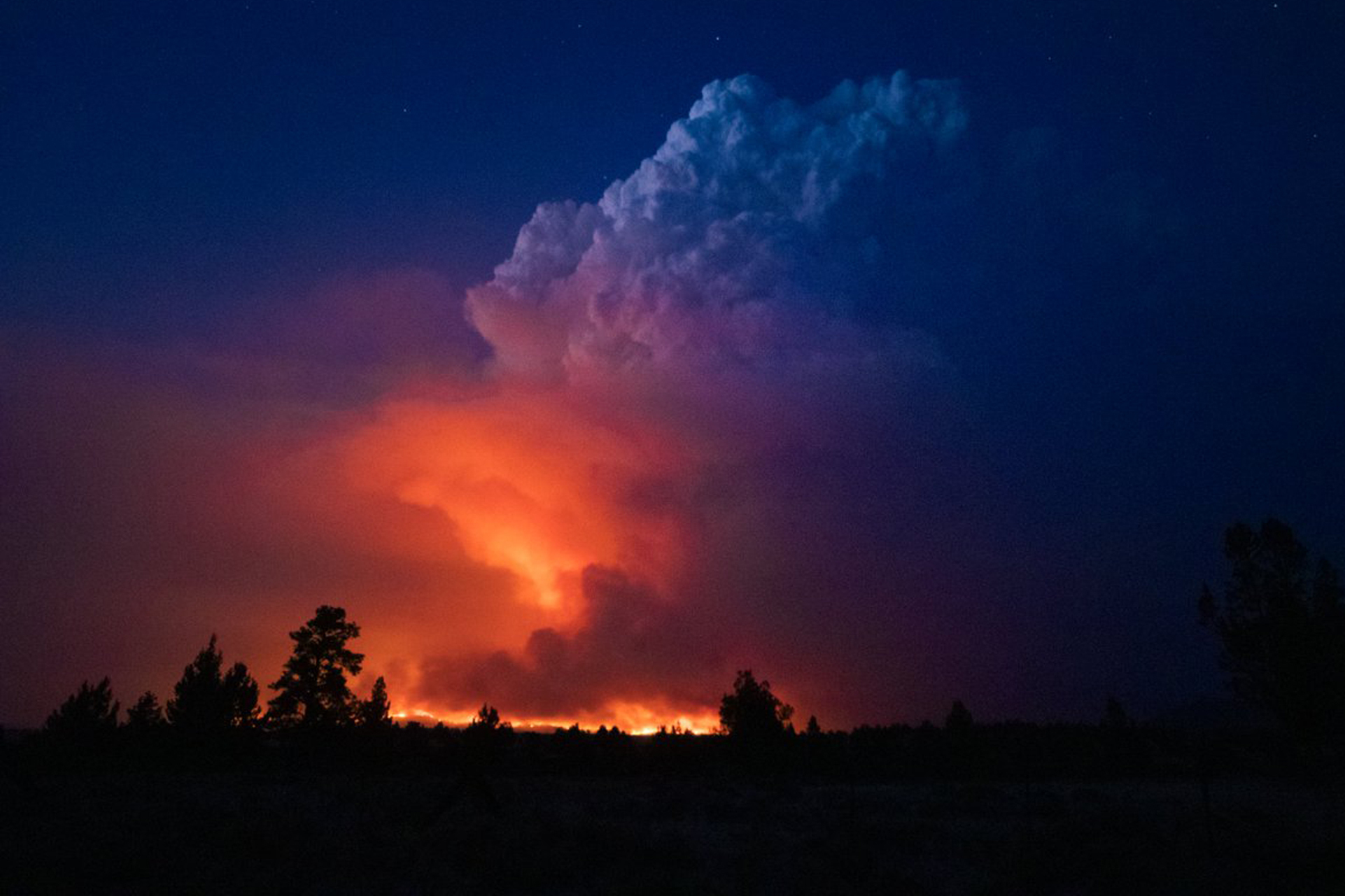 Growing up to thrice the size of Rhode Island, the gargantuan Oregon wildfire continues to wreak havoc amidst rising temperatures.

The 476-square-mile Bootleg Fire is burning 300 miles southeast of Portland in and around the Fremont-Winema National Forest, a vast expanse of old-growth forest, lakes, and wildlife refuges. Luckily enough, the damage to life and property is minimal, thanks to timely evacuations.

According to James Johnston, a researcher with Oregon State University’s College of Forestry, “If the fire were in densely populated parts of California, it would have destroyed thousands of homes by now. But it is burning in one of the more remote areas of the lower 48 states. It’s not the Bay Area out there.”

Almost 2,000 homes have been evacuated at some point during the fire and another 5,000 threatened. At least 70 homes and more than 100 outbuildings have gone up in flames.

Further aggravated by strong winds from the southwest, the fire is spreading rapidly to the north and east, advancing toward an area that’s increasingly remote. “We are running firefighting operations through the day and all through the night,” said Joe Hessel, incident commander of the troop that is deployed onsite. “This fire is a real challenge, and we are looking at sustained battle for the foreseeable future.”

Other fires that are still raging across the country are the Elbow Creek Fire in Washington, the Snake River Complex in Idaho, and the Tamarack Fire in Alpine County in the Sierra Nevada, among others.