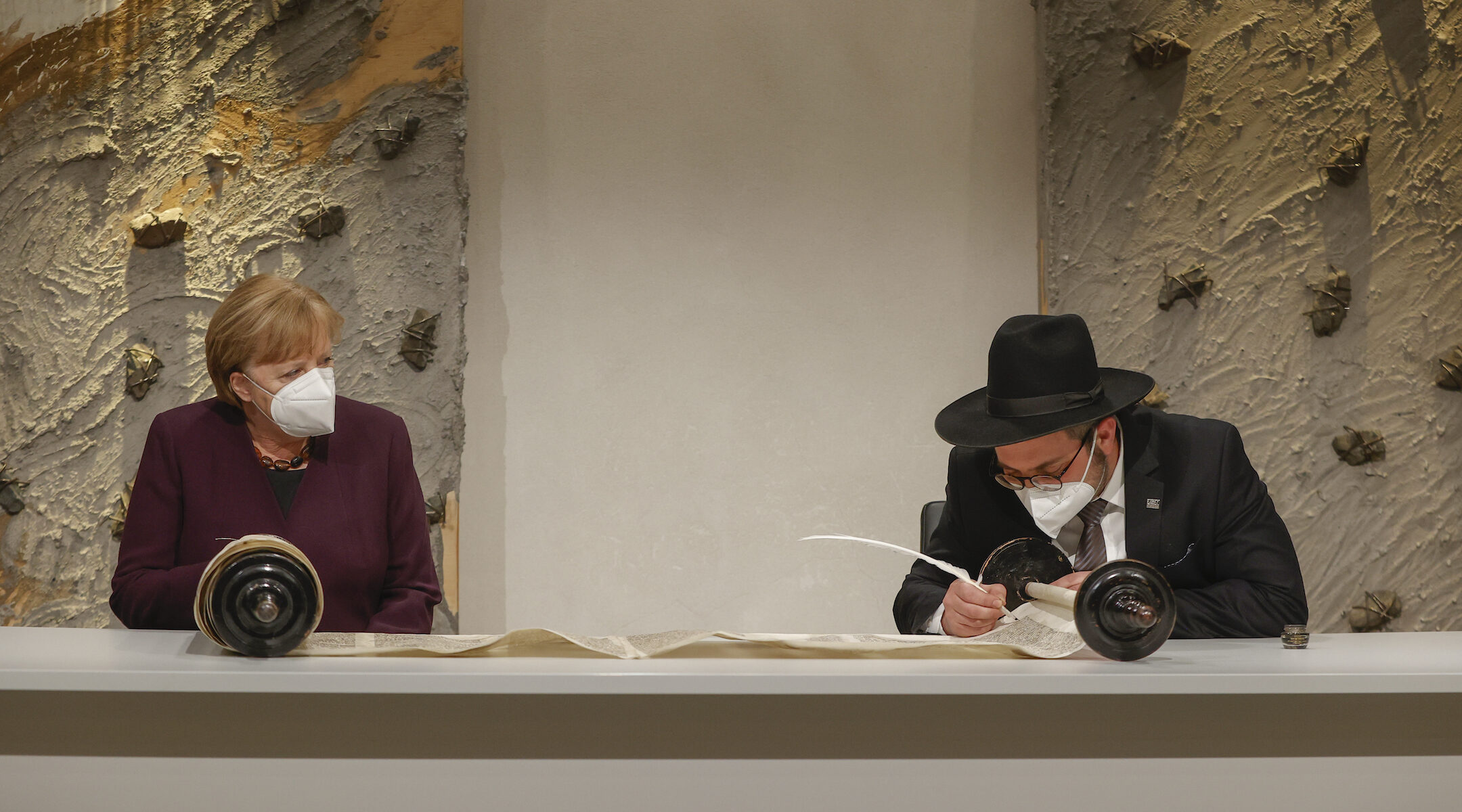 As the International Holocaust Remembrance Day was observed in a myriad of ways across the globe, in Berlin, Chancellor Angela Merkel marked the event by observing the finishing of a historic, refurbished Torah scroll on Wednesday.

Amidst several events that took place in Germany yesterday, marking the 76th anniversary of the liberation of the Auschwitz death camp, one particularly stood out. Whilst many special events had gone online due to measures to prevent the spread of the coronavirus, the finishing of the Torah scroll was broadcast on the German parliament’s website.

The special ceremony featured a historic 18th-century Sulzbacher Torah, which survived the National Socialist Kristallnacht pogrom in 1938 and lay unnoticed for decades in a cabinet in a synagogue in Amberg, Bavaria. The religious scripture was brought back to ritually usable condition thanks to a 45,000 euro donation from the German federal government.

The event was held at the Reflection and Prayer Room in the Reichstag, or German parliament building, where Merkel sat by as Shaul Nekrich, rabbi of the city of Kassel, inscribed the final 12 letters of the scroll. Following these final inscriptions, in June, the Torah will be used once again for services in the Amberg synagogue.

After being found in 2015 by Rabbi Elias Dray, the only damage done to the holy scripture was due to the “ravages of time,” according to a statement from the Conference of European Rabbis. After it had been found, the local Jewish community could not afford the costs of restoration. Bavarian member of parliament Barbara Lanzinger, who is Catholic, was able to secure German federal funding, after which the restoration was carried out by Jehuda Freund in Bnei Brak, Israel, and the Torah was kept temporarily at the Jewish Museum Berlin before yesterday’s completion ceremony.

In a statement after the event, Rabbi Dray, who is a member of Germany’s Orthodox Rabbinical Conference, described the ceremonial completion of the Torah in the German Bundestag as “a moving and historic moment.” The Torah “survived the darkest times in German history,” he said in the statement. “With its ceremonial completion by the highest constitutional authorities, the Sulzbach Torah scroll symbolizes a new pact to protect Jewish life in Germany and to make it possible in the long term.”