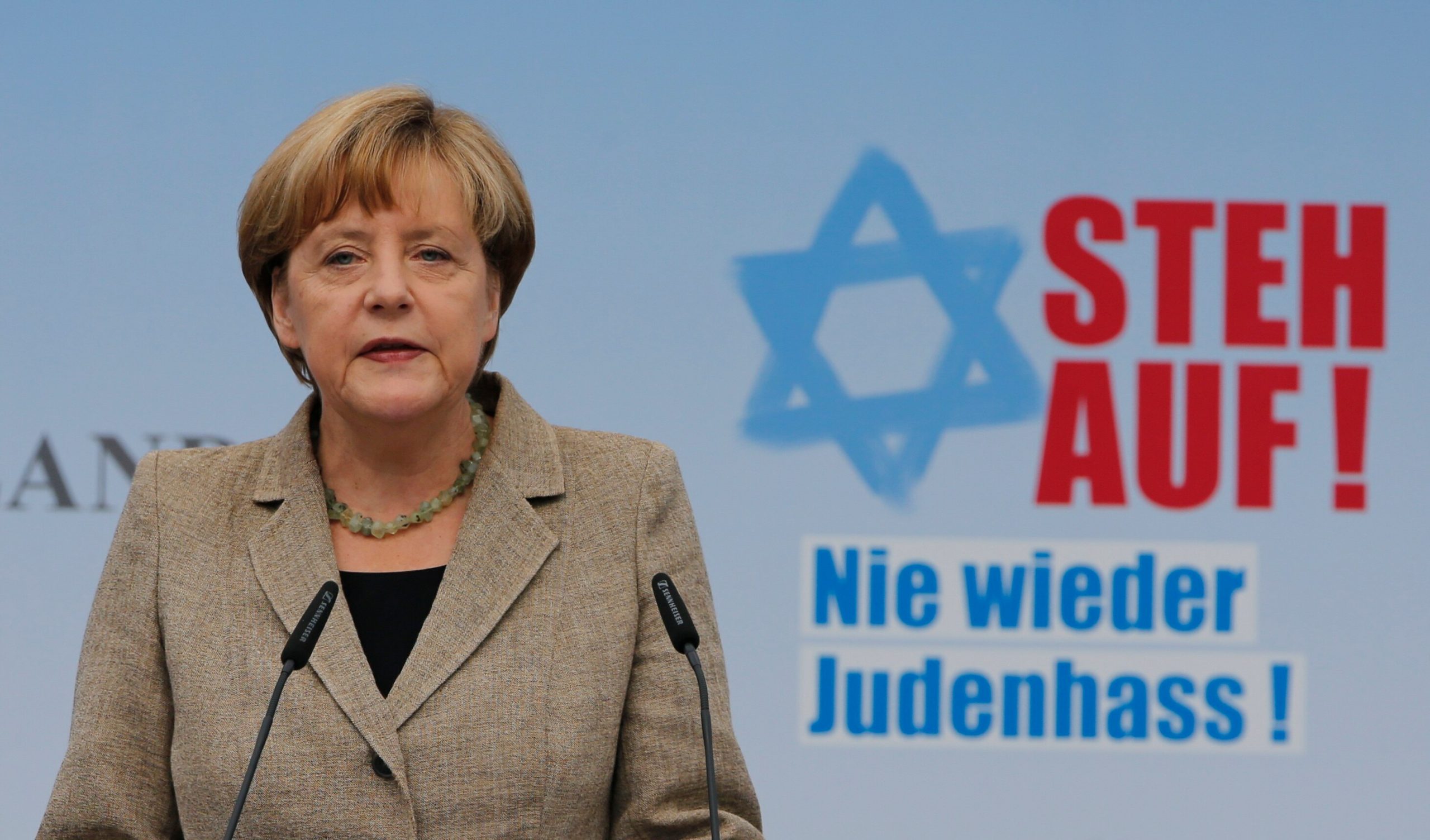 Vowing to fight against anti-Semitic incidents that have occurred in the country, German Chancellor Angela Merkel, addressed 130 guests at a celebration marking the 70th anniversary of the Central Council of Jews in Germany, the umbrella organization founded by Holocaust survivors.

Addressing a bunch of high-profile guests at the courtyard of Berlin’s New Synagogue, Merkel said it was “shameful” that perpetrators who resort to violent means in expressing racism and antisemitism are becoming a lot bolder in their approach. Citing the example of a man on trial, who was held for an attack on a synagogue in the city of Halle last year, Merkel said, “If education and education and enlightenment are not enough to curb such tendencies, we must resort to … disciplinary action as sanctioned by our criminal law.”.

In a recent turn of unfortunate events, a  gunman who is now on trial killed two near the synagogue after failing to enter the house of worship during Yom Kippur services. The Halle shooter testified at his trial that he had wanted to kill Jews, specifically on the Jewish holiday, because they “are the main cause of white genocide and want to create a new world order.”

As reported by the Jerusalem Post, Central Council President Josef Schuster said most Jews trust Germany to tackle the problem and that they are “prepared to give the state the benefit of the doubt” so far.

It has also been reported that the country has seen a rise in anti-Semitic protests and violent incidents ever since the coronavirus pandemic struck, primarily due to a rise in antisemitic conspiracy theories and Holocaust distortion.

As far as the statistics are concerned, crimes fuelled by the sentiment of antisemitism rose 13% from 2018 to 2019, in Germany, with a total of 2,032 reported incidents last year. Out of the vast majority of the anti-Jewish crimes reported, 93.4%, were ascribed to far-right perpetrators, though an increase in such crimes was also reported to be seen from the far left.