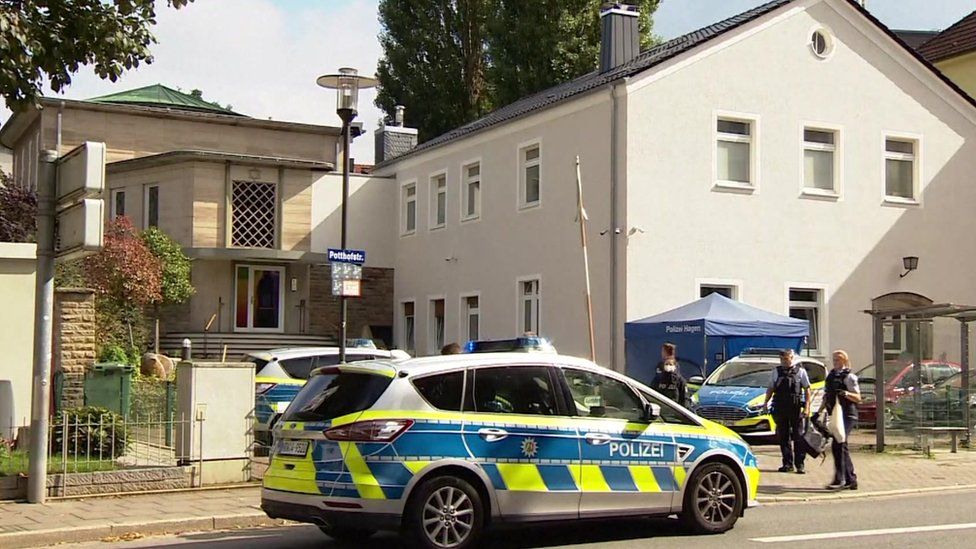 The German police detained a 16-Year-Old boy in Hagen on Thursday, in connection with a suspected Islamist terror attack on a local synagogue during Yom Kippur.

The Jewish Community building in Hagen was at the risk of another attack-  two years after a deadly attack in another German city on the Yom Kippur holiday. With the threat of an Islamist attack looming over it on one of the holiest days of the Jewish calendar, the worship service planned for the evening was called off, and the Police cordoned off the area.

German Justice Minister Christine Lambrecht sharply condemned the foiled Hagen attack. “It is intolerable that Jews are again exposed to such a horrible threat and that they cannot celebrate the start of their highest holiday, Yom Kippur, together,” the minister said.

According to Herbert Reul, the interior minister of North Rhine-Westphalia state, where Hagen is located, “Officials had received “very serious and concrete information” that there could be an attack on the synagogue during Yom Kippur. The tip pointed to an Islamist-motivated threat situation and named the possible timing and suspect.”

On Thursday morning, the 16-year-old Syrian national who lives in Hagen was detained. The father and brothers of the boy- who had also briefly been detained- said the boy allegedly acknowledged having had contact with a bomb-building expert via the messaging app Telegram but denied having intended to attack the synagogue.